Road clearing to resume in areas under MGCQ, GCQ 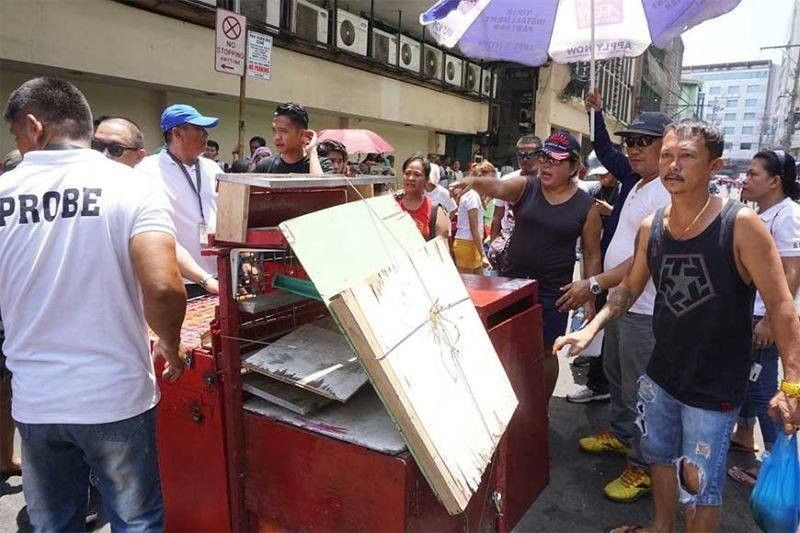 AS SOME local government units (LGUs) relaxed quarantine restrictions, the Department of the Interior and Local Government (DILG) on Wednesday, Oct. 28, 2020, announced the resumption of the second round of road clearing operations in varying degrees.

In a statement, DILG Secretary Eduardo Año said RCO 2.0 will be fully implemented in areas under modified general community quarantine (MGCQ), such as Cebu.

It will be partially implemented in areas under general community quarantine (GCQ).

Both Cebu Province and Cebu City will remain under MGCQ from Nov. 1 to 30.

Only Metro Manila, the provinces of Batangas and Lanao del Sur, and the cities of Iloilo, Bacolod, Tacloban and Iligan will be under GCQ in November.

The rest of the country is under MGCQ. Not one LGU has been placed under ECQ and MECQ, which entail more stringent quarantine measures, although LGUs may implement granular lockdowns.

DILG Undersecretary Jonathan Malaya said they will validate LGU compliance on Jan. 18 to 22, 2021. Those that fail to comply will face administrative charges.

Raquel Arce, head of the Prevention, Restoration, Order, Beautification and Enhancement (Probe) team, said she was just waiting for Cebu City Mayor Edgardo Labella to give the go signal.

She said, however, that she expected resistance from the residents who will be affected.

“Of course, there will be resistance. Some people usually use their poverty as excuse. They think we are the bad people. But it’s okay. We’re used to it,” Arce said.

In 2019, more than 700 vendors were displaced when the road clearing operations were implemented in Cebu City. Vendors have not been allowed to resume peddling on the sidewalks yet.

In Mandaue City, the Mandaue City Enforcement Unit has continued its road clearing operations despite the suspension of RCO 2.0 last March, according to lawyer John Eddu Ibañez, executive secretary to Mayor Jonas Cortes.

“We have continued with our road clearing even without a DILG order. Because if we stop, the sidewalk vendors will return,” Ibañez said.

He said, however, that no vendors were apprehended. Neither were stalls confiscated.

“Mayor instructed us not to apprehend because times were difficult. We merely warned the vendors that they could not sell on the sidewalk,” Ibañez said.

With the issuance of the new DILG order, he said they were ready to comply.

Road clearing operations were suspended nationwide on March 16, 2020 to allow LGUs to focus on their pandemic response.

Año issued DILG Memorandum Circular 2020-145, directing LGUs to resume such operations after some LGUs flattened their epidemic curve and shifted to the less stringent quarantine classification.

He reminded LGUs that road clearing operations have to be undertaken continuously.

“Despite the January 15 deadline, we wish to remind the LGUs that RCO is year-long endeavor. We need their commitment and solidarity,” he said.

Based on the latest memorandum, partial implementation in areas under GCQ is limited to the removal of road and sidewalk obstructions that are considered dangerous to motorists and pedestrians. Roads may also be cleared for the purpose of establishing bicycle lanes.

Structures or obstructions erected for locally stranded individuals must be removed upon their return to their LGU destination, Malaya said.

Full implementation in MGCQ areas requires LGUs to adopt all components of the RCO as provided by DILG Memorandum Circular 2020-027, which Año issued in February.

Under this memorandum, road obstructions include vehicular terminals except in areas designated by the LGUs, vending sites, house encroachments that obstruct the right-of-way, debris, waste materials and other junked items.

Malaya also reminded LGUs to ban motorized pedicabs and tricycles from national roads and highways notwithstanding the rules and guidelines set by the Department of Transportation on the operation of tricycles during the community quarantine period. (JKV / JJL / WBS)