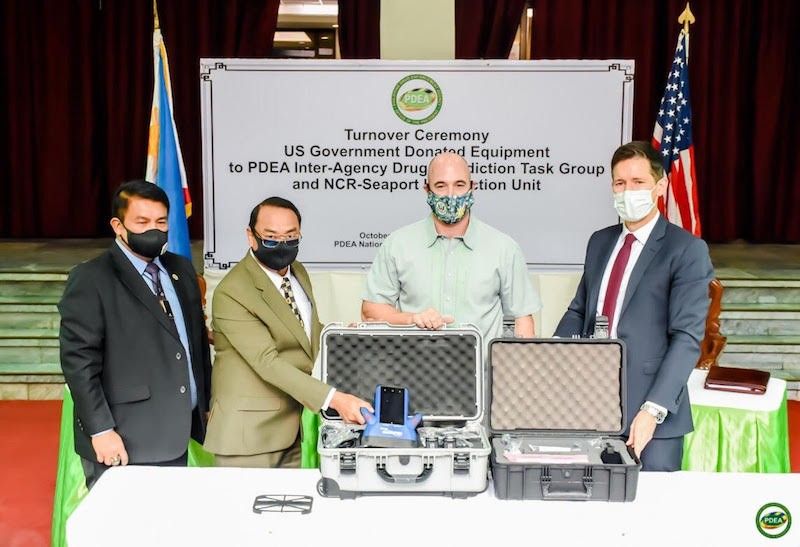 The equipment, which will boost the agency’s capability against drug trafficking in the airports, was turned over to PDEA Director Wilkins Villanueva in a ceremony held in PDEA headquarters in Quezon City on Wednesday, October 28, 2020.

Villanueva said the equipment will be turned over to the PDEA Inter-Agency Drug Interdiction Task Group (IADITG) for use in the airports.

Villanueva thanked the USDEA and INL.

“PDEA is very grateful to our counterpart, the US DEA, for their continued support to our campaign against illegal drugs, particularly in training and capability building. This equipment will surely enhance the investigation capabilities of our airport interdiction task force,” he said.

On December 14, 2015, the USDEA also donated two vehicles and two motorcycles to the PDEA. These are being used by the IADITG at the Ninoy Aquino International Airport (NAIA).

On August 29, 2017, it also gave the agency handheld devices for on-the-scene field test and detection of illicit drugs.