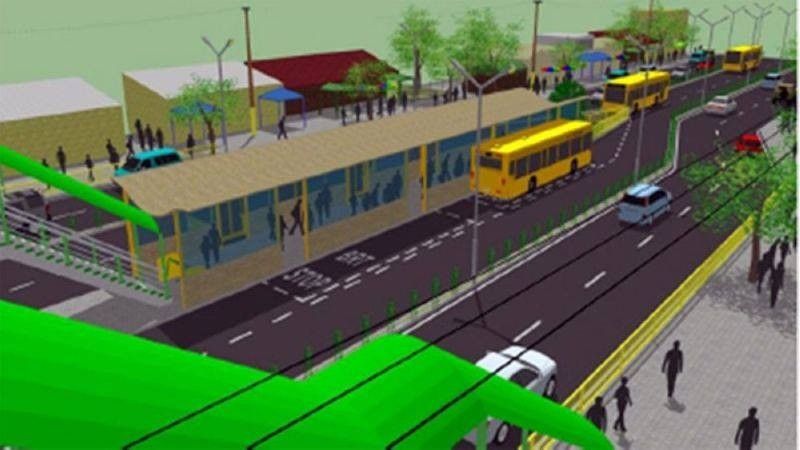 DESPITE the pandemic, the Department of Transportation (DOTr) remains positive in meeting its goal of partial operation of the Cebu Bus Rapid Transit by December 2021.

Mark Steven Pastor, DOTr assistant secretary for Road Transport and Infrastructure, made this statement during an online conversation aired on the Facebook page of the Office of the Presidential Assistant for the Visayas (OPAV).

The CIBuS, which is a modern public transport service, aims to mimic the BRT. It started operation on March 16, 2020.

The CIBuS will serve the South Road Properties (SRP) to IT Park route and vice versa.

According to Pastor, the detailed engineering design (DED) of CBRT package 1 is still under review by DOTr.

"The CBRT package 1 will encompass four BRT stations from Cebu South Bus Terminal to Capitol along Osmeña Boulevard," he said.

He added that CBRT will be in full operation in May or June of 2022.

The first package of CBRT will cover 2.6 kilometers to 3 kilometers of dedicated bus lane from the Cebu South Bus Terminal to the Capitol area.

Meanwhile, the detailed engineering design for the CBRT package 2 is in its finalization stage of the parcellary mapping.

Asec. Pastor explained that CBRT will be similar to the current CIBuS running in the streets of Cebu City and will have its dedicated lane.

Land Transportation Franchising and Regulatory Board (LTFRB) Chairman Atty. Martin Delgra III also said that the buses for CBRT will have a low floor and low entry.

Just like the CIBuS, they are also slowly rolling out the Automatic Fare Collection System (AFCS) to most of the modern public utility vehicles in the country to minimize the contraction of Covid-19.

AFCS will also be the system that will be used as the mode of payment in CBRT, which means the payment for fares will be cashless.

With DOTr's PUV modernization, Asec. Pastor also revealed that they are continuously implementing the flagship programs under the Duterte administration.

This includes the 516 modern PUVs in the Visayas, 78 in Western Visayas; 348 in Central Visayas; and 90 in Eastern Visayas.

They have also accredited 214 cooperatives in the Visayas where it has more than 22,000 members.

The DOTr official also revealed that they are now reviewing 114 Local Public Transport Route Plan (LPTRP) in the Visayas. These are route plans made by the local government units (LGUs).

To help the affected drivers of the PUV modernization they have also produced 2,795 driver graduates of the "Tsuper Scholar Program" in partnership with Technical Education and Skills Development Authority (Tesda).

Likewise, rail, aviation, and maritime projects are in the pipeline which includes the Cebu Monorail Transit System and the new Cebu International Container Port./PR