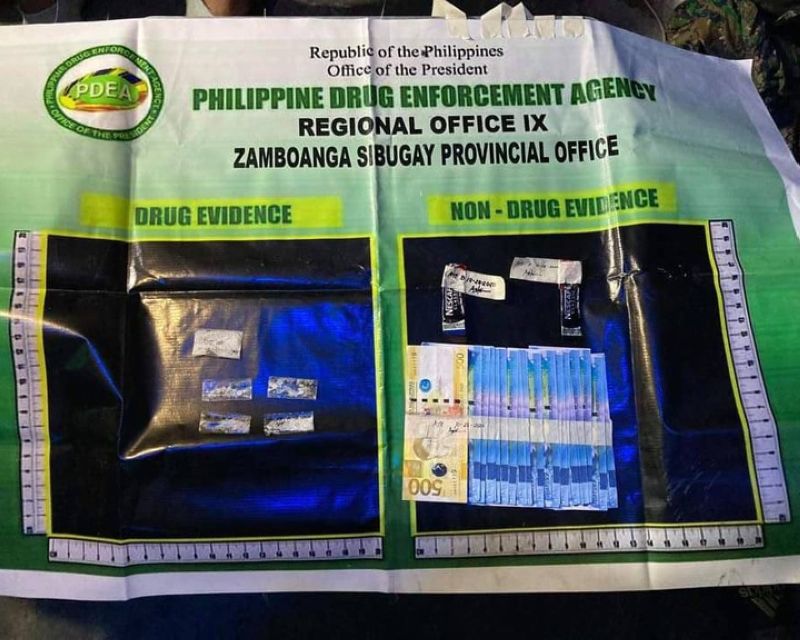 A TARGET-LISTED and under probation drug personality was arrested by a joint Philippine Drug Enforcement Agency (PDEA) and police team anti-drug operation in the province of Zamboanga Sibugay, the PDEA reported Thursday, October 29, 2020.

PDEA Regional Director Emerson Margate identified the arrested suspect as Yadzmer Salipyasin, 40, who was arrested in a buy-bust operation around 6 p.m. Wednesday in Purok A in Salipyasin village, Kabasalan, Zamboanga Sibugay.

Margate said confiscated from the possession of the suspect were some six grams of suspected shabu packed in five heat-sealed transparent plastic sachets with an estimated worth of P40,800, two empty sachets of instant coffee, and P22,500 boodle money topped with one genuine P500 bill used as buy-bust money.

Margate said cases for violations of Section 5 and Section 11 of the Comprehensive Dangerous Drugs Act of 2002 will be filed against Salipyasin, who was detained.

He said Salipyasin is under probation since the latter was arrested in 2018 for violation of the Anti-Photo and Video Voyeurism Act of 2009 and the Comprehensive Dangerous Drugs Act of 2002. (SunStar Zamboanga)