P19M worth of marijuana confiscated 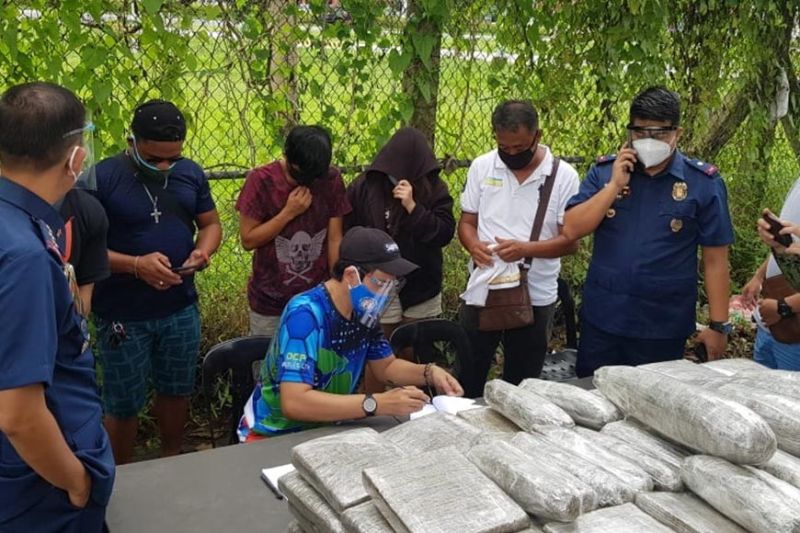 CONFISCATED. A total of P19 million worth of marijuana was confiscated from two arrested drug personalities in a sting operation in Barangay Malabanias, Angeles City. (Ric Sapnu)

AT LEAST P19 million worth of "grass" or marijuana was confiscated during a buy-bust operation along Clark Side gate in Barangay Malabanias, Angeles City on Thursday, October 29.

Sangalang said operatives from the Philippine Drug Enforcement Agency (PDEA) and Angeles Police Station 4 conducted the anti-drug operation that resulted in the confiscation of 155 pieces of dried marijuana bricks and 16 pieces vacuum-sealed tubes containing dried marijuana stalks with a gross weight of 162 kilograms and worth P19,440,000.

Also recovered from the suspects were P1,000 marked bills and boodle money used in the transaction and a Mitsubishi Xpander Black with Conduction sticker B6Q665.

Sangalang said the arrested suspects and pieces of evidence were brought to Police Station 4 for documentation and proper disposition while appropriate charges are being readied in court against them.