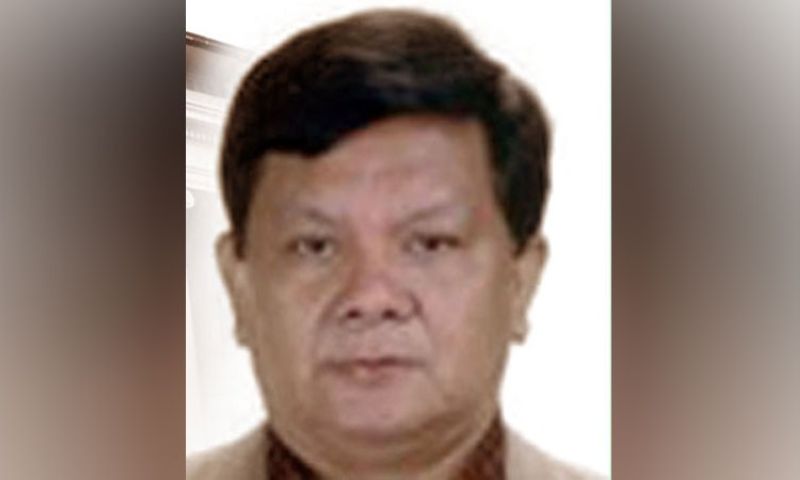 TRACKER teams of Pampanga police have been deployed to areas where former Court of Appeals justice Normandie Pizarro frequents, after he was declared missing by police authorities Wednesday, October 28.

Police Colonel Abdres Simbajon Jr., officer-in-charge of the Pampanga Provincial Police Office (PPO), said investigators have been dispatched to different places in Pampanga and nearby areas in Metro Manila to get information relative to the sudden disappearance of the former CA justice.

Simbajon said Pizarro's family sought the help of Pampanga police and the National Bureau of Investigation after Pizarro's car -- an old model Honda Accord -- was found parked and abandoned in a remote area along Manabak Road, Barangay San Juan of San Simon town Wednesday evening, October 28.

Bloodstains were noticed inside the car when checked by police investigators led by Major Greg Santos, San Simon police chief.

Pizarro, according to information gathered by police investigators, checked in at Midori Hotel in Clark Freeport with an unidentified woman. It was the last place visited by the ex-CA justice in his short stay in Clark.

Simbajon said samples of specimens lifted at Pizarro's vehicle were submitted to the Regional Crime Laboratory Office (RCLO)-Central Luzon to determine if the blood splattered inside the car belongs to him.

"Parallel investigation is being undertaken by the police and the NBI to get into the bottom of the ex-CA justice's mysterious disappearance," said Simbajon over the phone.

Pizarro was forced to retire from service after he was allegedly involved in various controversies, mostly work-related decisions. He was also slapped a P100,000 fine by the Supreme Court for a gambling offense.

The missing ex-CA justice was responsible for the release from detention of former Palawan governor Joel Reyes, who was accused as allegedly the "brain" behind the murder of a broadcast journalist in Palawan.

Pizarro also acquitted Janet Lim Napoles of a serious illegal detention case sometime on May 2017. He also rejected the grant of $2 billion worth of damages to victims of human rights during the Martial Law period.

Simbajon said investigators are scanning security cameras along the road where Pizarro's vehicle was spotted in their effort to get a clear lead about the missing ex-justice. (Chris Navarro)