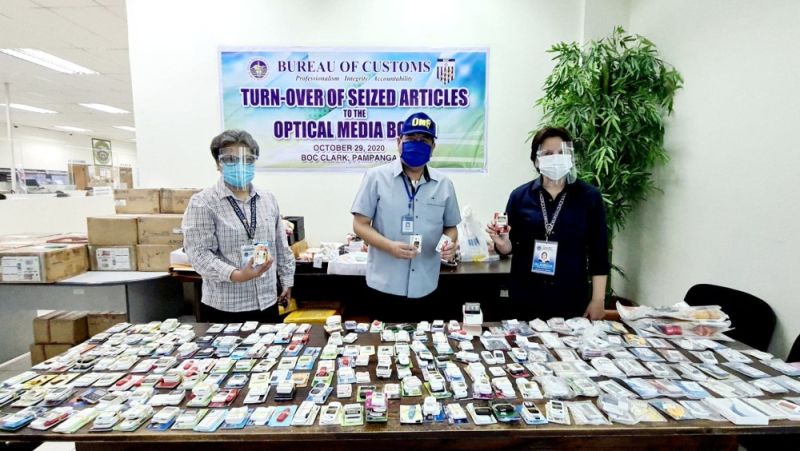 OVER 2,500 pieces of international bank cards, accessories and magnetic storages, including one time password devices apparently intended for use in online gambling operations, were intercepted in separate occasions by examiners of the Bureau of Customs (BOC) Port of Clark, District Collector lawyer Ruby Alameda said.

Alameda said the contrabands originated from different countries in Southeast Asia, mostly from Macau, Hong Kong and others from China.

She said it was shipped to different consignees with addresses in Metro Manila.

The seized items, Alameda said, were neatly concealed in different parcels declared as electronic items such as loud speaker accessories and others.

The items are commonly used in gambling operations, particularly by Chinese employees who have contract with the Philippine Offshore Gaming Office (Pogo).

"These materials and accessories of online gambling are illegal and violative of the Customs Law and Regulations. Consignees also violated the Anti-Money Laundering Act (Amla). That is why we are very vigilant against these items and it has always been my stand that our men and women her at Port of Clark must apprehend this items," said Alameda shortly after she formally turned over the seized contrabands to the Optical Media Board (OMB) Thursday, October 29.

She said the items were confiscated in many occasion and accumulated in a BOC bonded warehouse subject for turnover to an appropriate concern government agency for condemnation and destruction.

Alameda said the Port of Clark issued numerous warrant of seizure and detention against the shippers and consignees of the parcels.

OMB Internal Auditor Ed Lara said electronic magnetic storage and OTP devices and similar accessories will be destroyed in a hazardous waste disposal in Trece Martirez, Cavite where electronics waste are brought there and condemned.

Lara said some of the electronic gadgets seized by different agencies will be turned over to Department of Education for use of students, especially with the online classes.

OMB Chair Christian Natividad reminded the public that importation of any form of storage devices requires a license and permit from the OMB to avoid confiscation.

Natividad said the confiscated items will be disposed properly by the OMB in accordance with the law. (Chris Navarro)