Cemeteries closed but with few exemptions 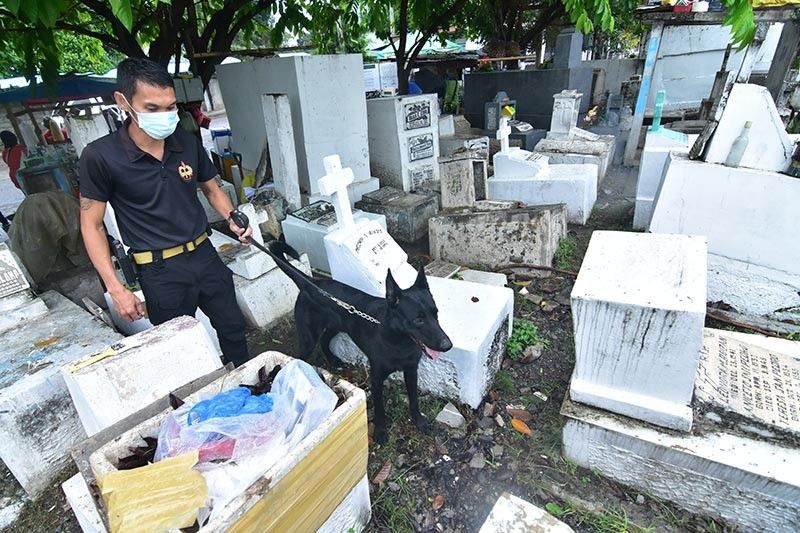 THE City Government of Davao would still allow certain visitors despite closing all public cemeteries, memorial parks, and columbariums since Thursday, October 29, an official from the City Economic Enterprise (CEE) said.

Davao City Mayor Sara Duterte-Carpio issued on September 23 Executive Order (EO) 52, ordering the closure of cemeteries and columbariums for seven days from October 29 to November 4, 2020, during the observance of All Souls' Day and All Saints' Day.

This is in compliance with Inter-Agency Task Force on Emerging Infectious Diseases (IATF-EID) Resolution 72 Series of 2020 as a health measure against Covid-19.

CEE head Maribeth Lumactod said on Thursday, October 29, during a radio interview that as stated in EO 52, cemeteries would still be open for burial rites, birthday celebration of the deceased, and commemoration of death of the deceased.

But Lumactod said the city provided additional exemptions of those who can visit the cemeteries, allowing visitors who conduct the 40th day prayer vigil of the deceased.

Lumactod reminded that all cemeteries, memorial parks, and columbariums must limit the number of visitors to be admitted to only 30 percent of their capacity to ensure that physical distancing can be properly observed.

She added visitors are only given 30 minutes to stay inside the cemeteries to avoid causing congestion inside.

The CEE official said visitors must present the death certificate of the deceased upon entering the cemetery which will be checked by the cemetery's caretaker.

"Dad-on nila ilang death certificate, and ihatag nila kini sa caretaker aron tan-awon nila kung tinuod ba gyud since makit-an ni siya sa lapida. Pag makit-an nila nga tinuod ang datos nga ilang gihatag, pasudlon na sila (They need to bring with them the death certificate of the deceased individual they intend to visit and present it to the cemetery caretaker. They will only be allowed entry if the caretaker will be able to verify that the details provided in the death certificate is valid)," Lumactod said.

Sumagaysay said visitors must wear face masks while inside the cemeteries.

Upon entrance, body temperature checks and other health and security measures will be conducted at the gates.

Backpacks and wearing of jackets inside the cemetery is still prohibited.

Only transparent water bottles and other transparent liquid containers will be allowed inside.

Meanwhile, flying of drones is strictly prohibited except for those who have secured security clearance and permits.

The city will also prohibit selling of food, water, or any other goods inside the cemeteries.

Prior to the closure of all cemeteries, Duterte-Carpio reminded the public to visit their departed loved ones as early as September to avoid causing mass gathering.

The mayor said the closure of all cemeteries this year is part of the health measure to avoid causing mass gatherings as these would be vulnerable to Covid-19 transmission.