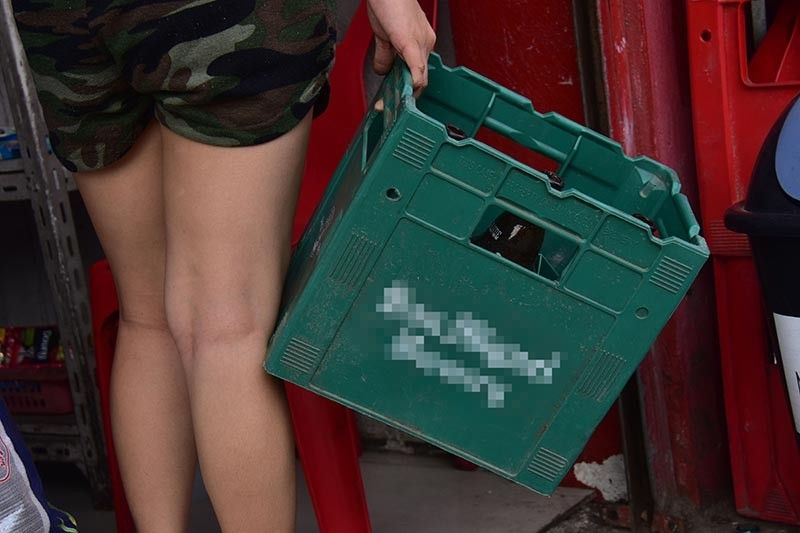 The EO includes the prohibition of the selling and consumption in public of liquor and any other alcoholic or intoxicating drinks.

Duterte-Carpio said in the EO "it has been observed from patient interviews that selling, serving, and consumption of liquors and other similar intoxicating drinks encourage close contact gatherings thereby defeating the objective of the community quarantine."

The mayor added "there is an urgent need to reimpose a 24-hour liquor ban in Davao City to prevent the exposure of individuals to the Covid-19 virus by reason of their unbridled drinking sessions."

She also ordered in the EO the Vices Regulation Unit (VRU) and Barangay Council to conduct vigorous surveillance of all restaurants, fast food, sari-sari stores, and similar establishments and to immediately close those documented to have violated the EO even for just once.

The mayor first imposed the 24-hour liquor ban last April 6 while the city was under enhanced community quarantine (ECQ).

She eventually lifted the 24-hour liquor ban on September 21, citing reason to gradually allow business establishments to resume operations including businesses in the liquor industry.

Duterte-Carpio also cited that the reduced hours of the liquor ban, along with the lifting previously of the 9 p.m. to 5 a.m. curfew, as well as the mandatory use of food and medicine (FM) pass, was a way to test the public's ability to "self-regulate" and abide by the minimum health protocols imposed by the city to curb the spread of the virus.

However, based on the previous weeks' Department of Health-Davao Region (DOH-Davao) data, the city's Covid-19 situation worsened as active cases continued to surge.

The city still holds the record for the most total and active Covid-19 cases. In the previous days, the city breached the 800-mark on active cases.

This figure had resulted in the full occupancy of the Covid-19 beds in the Southern Philippines Medical Center and the city's Temporary Treatment and Monitoring Facilities.

During her radio interview on Monday, October 26, the mayor clarified that it is not the alcohol per se that contributed to the surge of the cases, but the mass gathering during the drinking sessions of alcoholic beverages. And during drinking sessions, physical distancing and other health protocols are not properly observed.

Based on the city's previous contact tracing data, most cases were recorded due to mass gatherings and other unnecessary "extra-curricular" activities.

Duterte-Carpio said there is a need to control the rising Covid-19 cases by imposing stricter and tighter measures.

Earlier this month, Duterte-Carpio reimposed the curfew and liquor ban in the city, this time from 7 p.m. to 5 a.m.

This was followed by EO 56, ordering government and private offices to adopt alternative work arrangements until the end of the year to curb the clustering of Covid-19 cases within workplaces.

Recently, she also released the EO 57, providing detailed provisions on the strict regulation of mass gatherings.