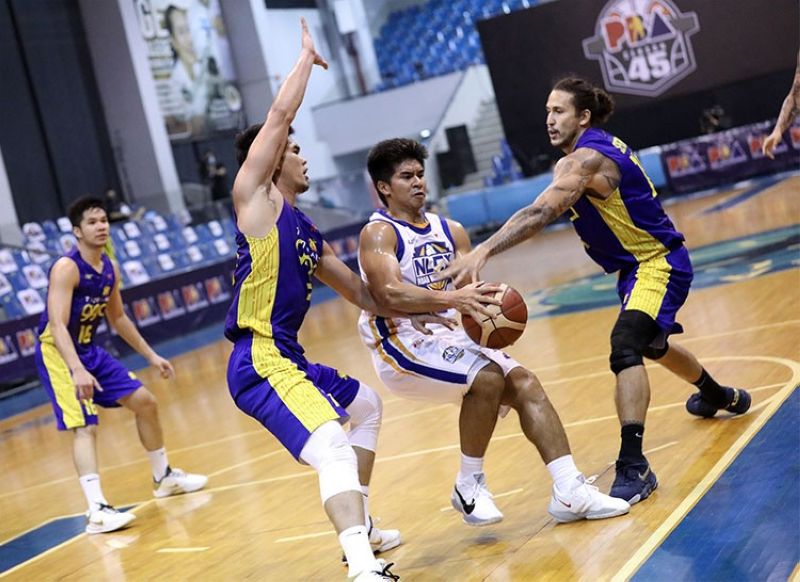 PAMPANGA. NLEX star Kiefer Ravena finds himself surrounded by TNT’s defense in this piece of action in the PBA Philippine Cup on Thursday, October 29, 2020. (PBA)

KIEFER Ravena dealt the killshot in crunchtime as the NLEX Road Warriors handed the TNT Tropang Giga its first loss of the season, 109-98, in the PBA Philippine Cup on Thursday, October 29, at the Angeles University Foundation Sports Arena in Pampanga.

The Road Warriors, who had struggled mightily so far this season, hit their stride in the second quarter as they outscored the Tropang Giga, 29-16, to turn a 24-32 deficit into a 53-38 lead. They eventually raised their lead to a high of 13 but the veteran-laden TNT refused to quit and pulled to within five, 96-101, after a layup by Jayson Castro with 1:35 to go.

On the next trip down the floor, Ravena stared down the defense of Cebuano stud Roger Pogoy before stepping back and hitting a long three-pointer that sealed the victory for NLEX and raise their win-loss record to 2-5.

Kevin Alas led the way for the Road Warriors with 24 points and six rebounds, while Jericho Cruz waxed hot from beyond the arc, making five triples to tally 19 points. Ravena scored 16 points and grabbed nine boards.

TNT was led by the 27 points and eight assists of Castro. Pogoy ended up with 16 points, six rebounds and five assists. (JNP)