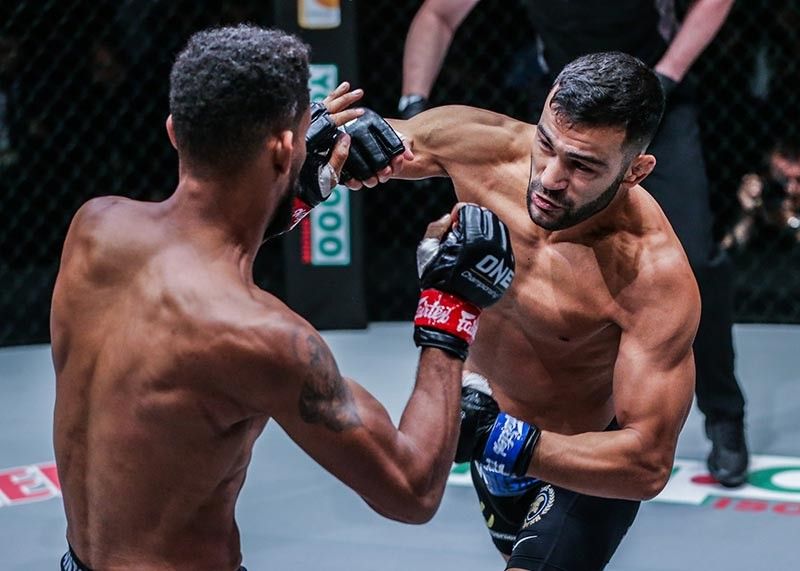 THE PROMISE. Australian Antonio Caruso is out to prove he is one of the top lightweights in One Championship if he defeats Filipino MMA star and former lightweight world champion Eduard Folayang. (ONE photo)

Caruso and Folayang will kick start the fireworks at ONE: Inside the Matrix, which broadcasts live from the Singapore Indoor Stadium in Singapore on Friday night, October 30.

The rising star from Adelaide in South Australia believes Folayang is ripe for the taking, and is planning a statement-making performance to boost him through the lightweight ranks.

“Folayang is explosive, but no offense, he’s 36 years old now. We all know that saying that time doesn’t do us justice. I’m a young and hungry man, so come October 30, I’m going to be all over him. My explosion, I’m going to take it out on him, and you’re going to see that Friday night,” said Caruso.

Caruso, 7-1, is a well-rounded fighter most adept on the ground. Folayang, on the other hand, is one of the most explosive strikers in Asian mixed martial arts. It’s a good contrast of styles that should provide fans an exciting back-and-forth affair.

One man in Caruso’s corner, his Sanford MMA teammate Martin Nguyen, also the reigning ONE Featherweight World Champion, has already beaten Folayang before when they fought back in 2017. Nguyen put Folayang to sleep care of a counter overhand right that landed right on the button.

Nguyen has no doubt shared information on how to beat Folayang with Caruso, and the Australian says working with “The Situ-Asian” has been invaluable for his career.

“To have the extensive information that I’ve already got on Eduard is massive. Obviously, he’s already a very experienced fighter. There’s a lot of footage on him, of how he’s fought. And then to have a guy like Martin who has fought him and beat him is massive. To be a part of Sanford MMA, I believe is one of the best things in the world,” said Caruso.