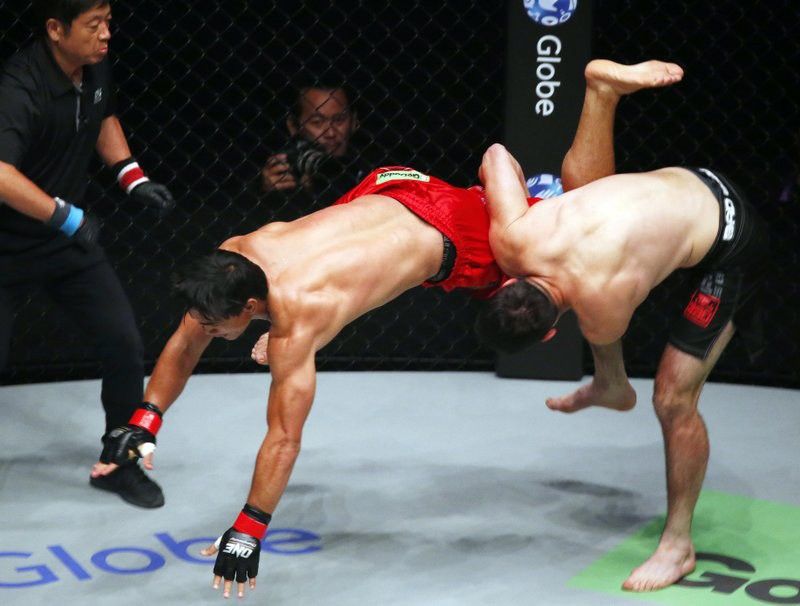 FORMER ONE Championship lightweight king Eduard Folayang is out to prove that he still has a lot left in his tank as he faces Aussie Tony Caruso in the undercard of “ONE: Inside the Matrix” at the Singapore Indoor Stadium in Singapore on Oct. 30.

“I know there are a lot of people who think I should retire, especially if I lose this fight against Antonio Caruso. That’s understandable. But the word retirement is not yet in my vocabulary. I believe there is still a lot of potential to be unleashed,” said the 36-year-old Folayang.

Folayang has lost three of his last four contests since 2019. He lost via a first round arm triangle choke to Japanese legend Shinya Aoki in a rematch. It was followed with a first round rear-naked choke defeat to former UFC and Bellator champion Eddie Alvarez. He bounced back with a technical decision win over Mongolian Tsogookhuu Amarsanaa before losing to Pieter Buist by split decision on Jan. 31, 2020.

“I am a true martial artist, and I’m constantly learning even at this age. We have a saying in Team Lakay, ‘you win or you learn.’ This means I am constantly getting better with every fight,” said Folayang.

The 29-year-old Caruso just recently suffered his first career defeat after losing to Buist by unanimous decision on Oct. 25, 2019.

Folayang, who has been with ONE Championship since its first event in 2011, is 22-9 with six wins via knockout and two by submission, while Caruso is 7-1 with four wins by submission.

The winner of this fight would most likely enter the top five of the lightweight rankings.

ONE lightweight champion Christian Lee (13-3) is defending his belt against No. 1 ranked Iuri Lapicus (14-0) in the same event.