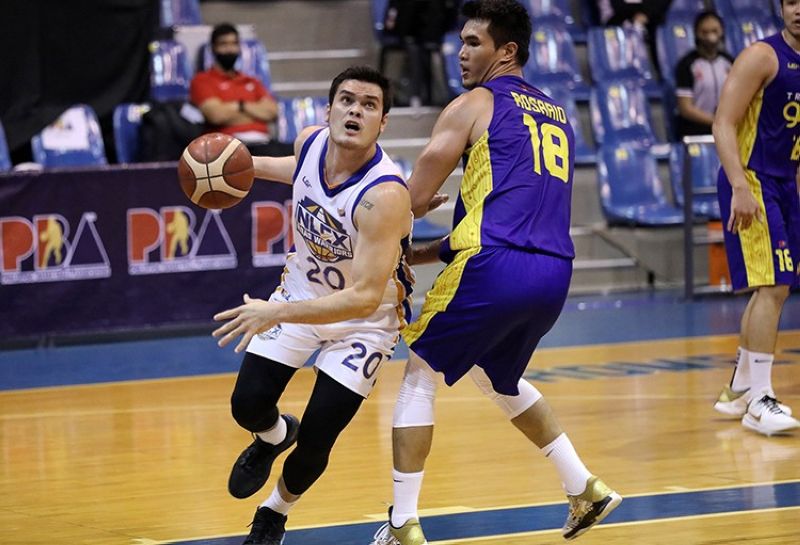 Cebuano big man Will McAloney explained that he had no intention of hurting TNT wingman Bobby Ray Parks on a foul that he committed that led to the latter hitting the floor hard during their game. (PBA photo)

Cebuano big man and NLEX rookie Will McAloney explained that he had no intention of hurting TNT wingman Bobby Ray Parks during a play that sent the latter crashing to the floor during their contentious match in the PBA Philippine Cup on Thursday.

Parks was rising up for a layup late in the third when McAloney clipped him, causing him to hit the floor hard and immediately grimace in pain. The incident sparked a commotion that saw TNT guard Jayson Castro confront the left-handed big man. TNT forward Jay Washington and NLEX head coach Yeng Guiao also got into a war of words.

After the game, McAloney said that he had no malicious intentions on that play.

“I didn’t have any bad intentions because I am not that kind of player,” said McAloney in a talk with SunStar Cebu.

“I just work hard. When my number is called, I just give it my best,” added McAloney.

The play resulted in McAloney being given a flagrant foul penalty 1.

The play was just one of several heated moments during the game that also included Parks and veteran Cebuano big man JR Quiñahan get tangled up near the game’s end.

“Will is a rookie and he had no bad intention. Will has no bad bone in his body. He just plays hard everytime. To those who know how he plays in the MPBL, he is just a rugged player and he isn’t really looking to harm anybody,” Guiao said. (JNP)