Bzzzzz: True or not, mayor's 'contact dermatitis' perks up public interest in virus on paper money. 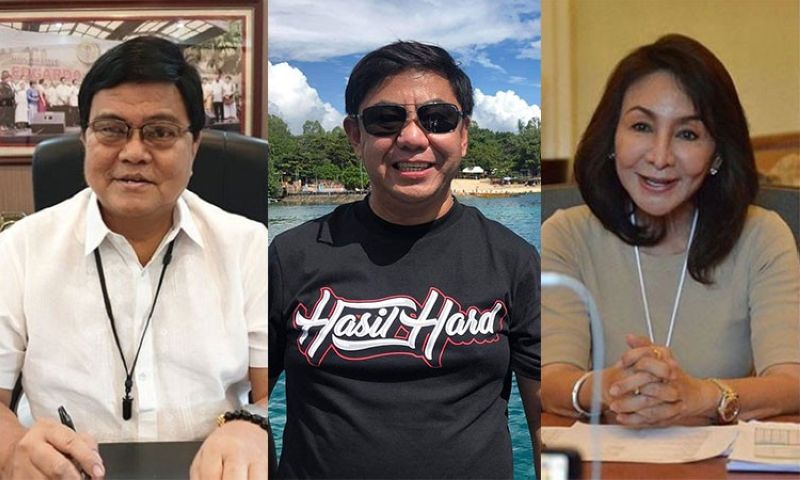 JASON Monteclar's "Not So Late Night Show," a commentary on the internet, listed in its Thursday, October 29, episode a Top 10 segment labeled "mga intriga, kuno-kuno and tsismis." The tag that it is a compilation of intrigues, hearsays and gossips tells the audience that it cannot be taken as news, much more gospel truth.

What happens though is that admission of devalued "information," whatever its worth, has not dissuaded people from talking about it.

[] On 2022 politics, about Governor Gwen Garcia landing 13th in a senatorial prospects survey (#8 in the NSLNS list); Talisay City Mayor Samsam Gullas being offered to run for governor by a presidential assistant (#6); and Representative Bebot Abellanosa retiring from public service if he won't run for Cebu City vice mayor (#5).

Only one item is about a private citizen/public figure, businessman Peter Lim (#9).

Some part of an item in the list may be factual but the rest of it may be, as advertised, "intriga, kuno-kuno or tsismis."

-- VM Mike Rama transferred residence from the Rama compound but that was months ago and it was for another reason, which had something to do with his love life. That doesn't mean though that "columnists" (Jason must mean commentators) asking for money didn't contribute to the reason for change of address.

-- Councilor Tumulak initiated the cemetery project but it's unlikely that he wants to manage it.

-- Governor Gwen may still want to be senator, after her attempt in 2013, but no reputable survey has yet been made, and she couldn't have landed #13 already. The spot is also a tease; the Senate will need only 12 new senators in 2022.

-- Mayor Ahong may have a new car but guarding it won't be a problem.

The city mayor's health is the item that arouses most interest, which explains its #1 rank. It could not be entirely fictitious or speculation.

"Contact dermatitis" won't obstruct the mayor in his job. A Mayo Clinic information says it is "not contagious or life-threatening but it can be very uncomfortable" to the patient as it is very itchy. And, given the public vigilance against coronavirus and Monteclar's e broad hint that the mayor got it from paper currency, it must perk up people's interest.

A Forbes story last February 11 reported a "new study" by the Australian Centre for Disease Preparedness, which says that coronavirus can remain infectious for four weeks or 28 days in banknotes. The finding reinforces the importance of hand-washing or using hand sanitizer after handling cash or touching ATM gadgets.

There's no tie-up, however, between the mayor's alleged ailment and paper currency. The alleged illness of the mayor is not due to coronavirus and there is yet no finding that banknotes carry the virus for contact dermatitis, which in the first place is not contagious. Mayor Labella didn't get the ailment, if true, from paper bills.

-- Congressman Bebot is scanning the political landscape to see where he can run in the next election without bumping into the term limit but it's a stretch if he'd run for vice mayor.

Bebot could (a) run in Cebu City north to test the term limit if it applies to another district or (b) run for mayor if Tomas, Margot or Miguel Osmeña wouldn't run. Or he could (c) sit this one out, rest until 2025 while a son could run for the south congressional seat that his dad Bebot would vacate.