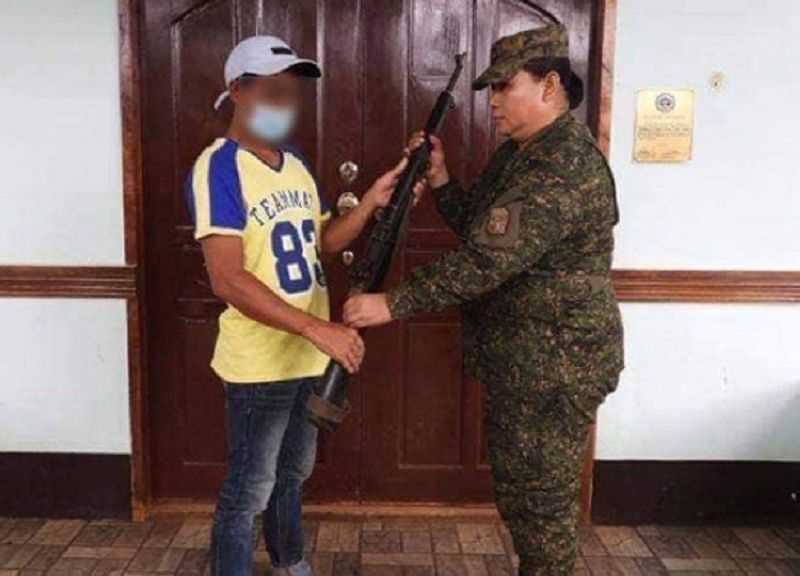 AN ABU Sayyaf bandit has surrendered due to pressures by a continuous military offensive against them in the province of Sulu, a top military official said.

“Tired of hiding and always on the run to evade the operating troops of the military in the hinterlands of Sulu, Madjid submitted himself to Lieutenant Colonel Nelicar Corsino, the commanding officer of the 15th CMO (Civil-Military Operations) Battalion,” Vinluan said.

“The relentlessly focused combat operations, intelligence operations and civil-military cooperation of the Joint Task Force Sulu to decimate the terrorist yielded numerous gains, thus, we will sustain the momentum to put an end to this sickening problem of terrorism,” he added.

He said Madjid is currently undergoing custodial debriefing at the headquarters of the 15th CMO Battalion at Kuta Heneral Teodulfo Bautista in Busbus, Jolo village, Sulu.

“It’s time to end this decades-long conflict in a peaceful way and without a single bloodshed anymore,” Gonzales said.

“Let us work together to fill the gaps and to make Sulu a peaceful place to live,” he added. (SunStar Zamboanga)