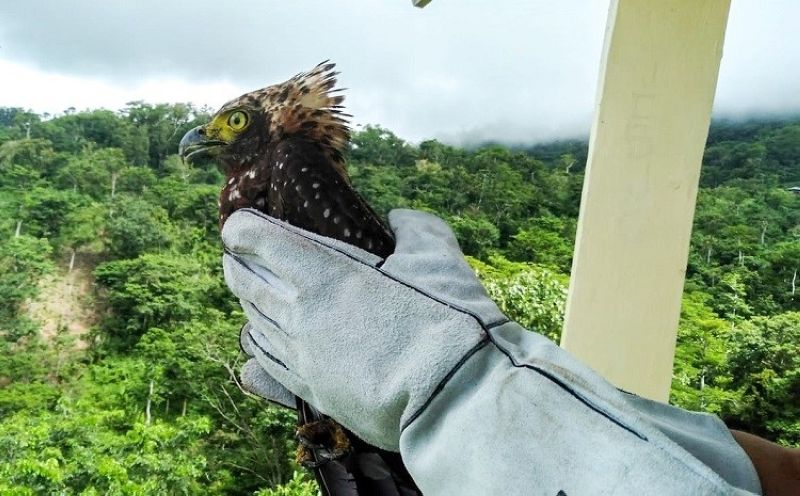 A concerned upland farmer found the bird weak in the Sierra Madre mountain portion of Barangay 3 in Maria Aurora town in Aurora. The farmer reported it immediately to the police and called the Cenro Dingalan for its immediate rescue.

The bird is now in the custody of Cenro Dingalan to undergo care and rehabilitation before it gets released back to the wild.

The DENR said the raptor is better wild and alive because it plays an important role in the ecosystem by balancing the population of other species.

“Let us protect our wildlife and their habitat by sharing this (Facebook) post, reporting wildlife crime to the nearest DENR office in your area and avoiding the consumption of wildlife meat that can lead to zoonotic diseases and the next pandemic,” the DENR said in a statement.