Editorial: The other obstruction 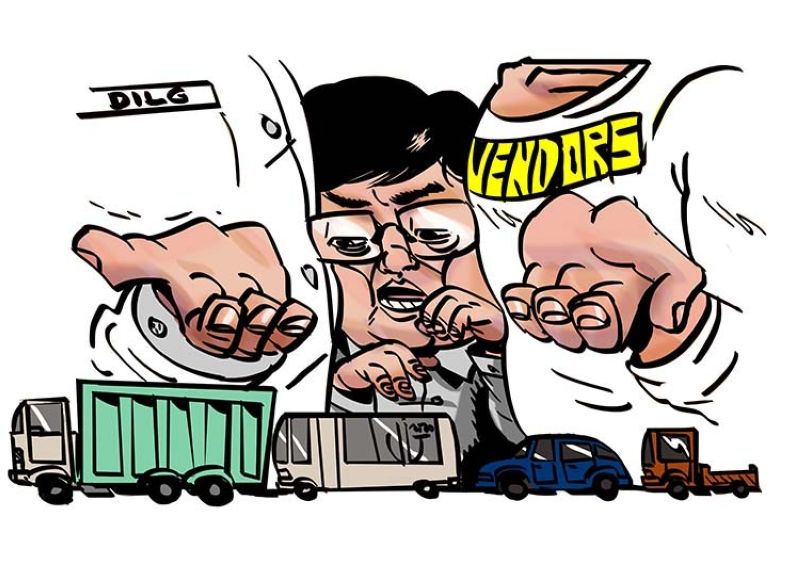 Cebu City Mayor Edgardo Labella has found himself caught between a rock and a hard place.

On one hand, the mayor has to comply with the memorandum of Department of the Interior and Local Government (DILG) Secretary Eduardo Año giving local government units until Jan.

15, 2021 to clear roads and sidewalks of obstructions, depending on their quarantine classification.

On the other hand, he also has to consider the plight of the thousands of sidewalk vendors who continue to be affected by the national road clearing program.

Labella said a balance must be struck.

According to him, the City Government is working on giving sidewalk vendors an alternative livelihood. It has to come up with a win-win solution that will satisfy both the agency and vendor associations in the city.

Perhaps the DILG can help in this regard. It has had several months to mull over the issue. It must be aware of the repercussions of its own directive.

The national road clearing program has become a bone of contention for the urban poor.

Sidewalk vendors feel that they have been singled out. For many, it is their only source of income. In preventing them from returning, the government is inadvertently signing their death sentence.

She has yet to meet with other leaders of vendor associations to come up with possible actions in response to the recent development.

But until a “solution” is found, perhaps the agency and the Cebu City Government can target other obstructions, of which there are many.

For example, the latter can strictly implement the city ordinance against illegally parked vehicles.

In doing so, the City will be hitting two birds with one stone.

By removing vehicles illegally parked on sidewalks and by the side of roads, it is complying with the directive. At the same time, it is putting much-needed funds in its coffer by way of fines.

The City can’t afford to be seen as biased against street vendors who are trying to make an honest living and turn a blind eye on motorists who block the path of pedestrians.

Sidewalk vendors obstruct, but not in the same way vehicles do.