Filipina architect for culture and heritage 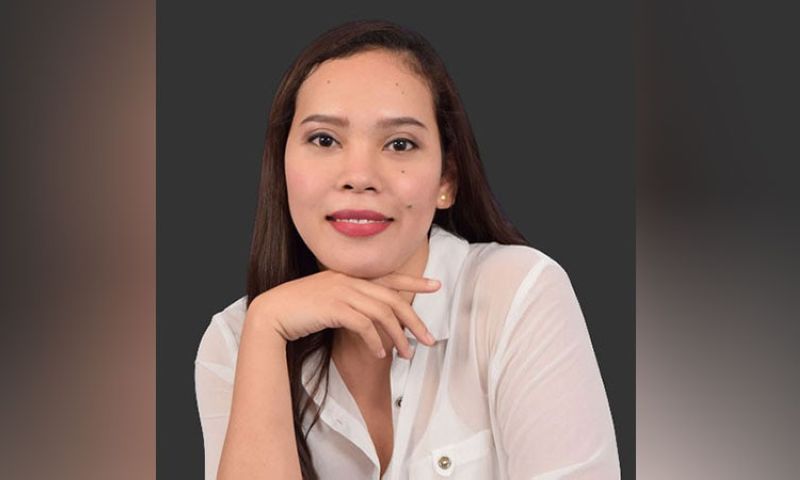 "I BELIEVE that architects play a vital role in showing the cultural identity of a place may it be a small site or as huge as an entire country. It is vital that we have this cultural identity so that when people come to our place, they see the Philippines and not just a collage of different international identities. Architects can promote the relevance of architecture by promoting the culture of the place."

Architect Gloryrose Dy-Metilla sees architecture as more than just the beauty and the function of an infrastructure. Her years of study and experience inculcated in her a natural appreciation for the cultural importance of architecture. During her early years as an architecture student in the University of the Philippines Mindanao, she already knew that her career specialization is towards institutional and assembly buildings with the usual theme of Mindanao. Right then and there, she knew she would pursue her passion to be a cultural heritage professional-architect.

She finished her Architecture degree from the university in 2009 with the Best Thesis Award distinction and the Chancellor's Award for Culture and the Arts. This same thesis later on won the Red Point National Thesis Award, an award given to exemplary undergraduate Architecture thesis in the country.

"My thesis was the design of a performing arts complex for Mindanao using the different cultural performances as the basis for the design," shared Dy-Metilla.

After college, she worked in a firm working on the urban communities in Metro Manila. She then ventured into mall architecture as the design officer of SM Engineering and Design. She was part of the in-house design team responsible for the new malls as SM Lanang Premier, SM City Davao Annex, SM SRP Cebu, SM Gensan, and many others.

After years of employment came the itch to start her own firm. Swito Designs Architects was found anchoring on Dy-Metilla's personal mantra to design based on culture but also keeping in mind the global design perspective to allow it to shine in the forefront.

"The architecture that we were doing started with hospitality architecture such as Coffee for Peace Bistro in Ecoland. And then we started doing apartments, offices and sometimes residential architecture. Then we embarked on a larger architecture which were master plans for schools. And then in 2015, we started to design more for cultural villages and centers related to tourism such as the Tibolo Cultural Village and the proposal for Artist Village of Dire Husi," she shared.

Currently, she is doing partnership project with the Bangsamoro Autonomous Region of Muslim Mindanao (Barmm) Ministry of Interior Local Government to design structures showing the cultural identity of the region.

Aside from that, she is also working on the Architectural Design of the Region 11 Cultural Hub to be built here in Davao City.

"The hub is a complex wherein there are theaters, museums, libraries, and training centers among others which will be home for the creative industry of Mindanao. We designed this building to reflect the natural, intangible as well as built heritage of Mindanao and the BIMP Eaga," she said.

Dy-Metilla pursued further education in the University of Melbourne, Australia where she took up Masters in Urban and Cultural Heritage from the Melbourne School of Design. In 2018, she also finished the Design Summer School from the College of Architecture and Urban Planning in Tongji University, Shanghai. Here she was awarded as one of the finalists for the Rehabilitation Plan for Cirum Taihu Lake Heritage China.

As if these weren't enough for her architectural advocacies, Dy-Metilla also recently launched Filipina Architect on Facebook with her friend Yas Ocampo.

After only a month on Facebook, Filipina Architect already garnered 5,000 followers, most of them looking forward to the regular posts and architectural trivias on Filipino Architecture and Indigenous Architecture.

Seeing the good following and feedback, they decided to push through with the advocacy and set up a resource magazine website: www.filipinaarchitect.com.

Dy-Metilla shared that on top of the advocacy to promote indigenous architecture, they also saw the online medium as an opportunity to acknowledge Filipina architects excelling in the field.

"Although there are numerous female architects who are practicing in both small and large architecture firms, most of the female architects take the sidelines and let the men lead. And if women do practice their profession in their own firms may it be small or large, they are most of the time shy in showcasing what they do unless of course, they are the type that is already popular in the field," shared Dy-Metilla.

With this, Dy-Metilla believes that more women architects should be encouraged to lead and to actually showcase their skills in rendering, modeling, and designing whether on social media and in architecture exhibits. They make sure to feature Filipina architects every month on their website to inspire younger women who aspire to be architects in the future.