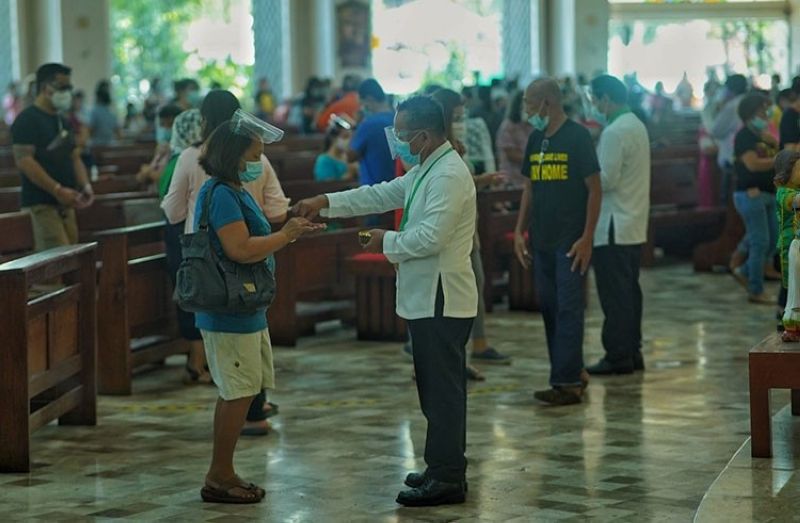 ALL electric fans and air conditioners in places of worship in Davao City must be turned off as much as possible to prevent Covid-19 transmission in these places, Mayor Sara Duterte-Carpio said.

Duterte-Carpio said this is in accordance to her recently issued Executive Order 57-A, which regulates mass gatherings and prohibiting non-essential travels within the city.

Section 9 of EO 57-A amends the provision on the city's places of worship.

According to Section 9 (d) of the EO, "Electric fans must not be used and aircons must be turned off whenever applicable."

But she said, there are other places of worship that do not have windows or open ventilation and have air conditioners instead but that "ideally," these places must have an open space for "fresh air" to pass through.

Meanwhile, the city, in the recent EO, increased the space between church attendee's seating arrangement to not less than two meters from the former one meter.

Duterte-Carpio said the distance increase is to lessen the people within the church.

The amended EO also prohibits community singing, and only solo singers are allowed who shall be more than three meters away from other people.

Unnecessary chatting between individuals should also be avoided.

In addition, members who are below 18 years old, above 65 years old, those with immunodeficiency, comorbidities, other serious health risks and pregnant women must be excused from attending worship and must be provided with online, radio or television prayer opportunities.

The mayor also emphasized the need to impose other health measures, such as mandatory wearing of face mask and face shield, mandatory handwashing upon entry, regular body temperature, and regular disinfection within places of worship.

As of Friday, October 30, Duterte-Carpio said they have not yet received reports of Covid-19 transmission within churches or any other religious venues, but the mayor encouraged the people to avoid going to public gatherings in a bid to curb the rising Covid-19 cases in the city.