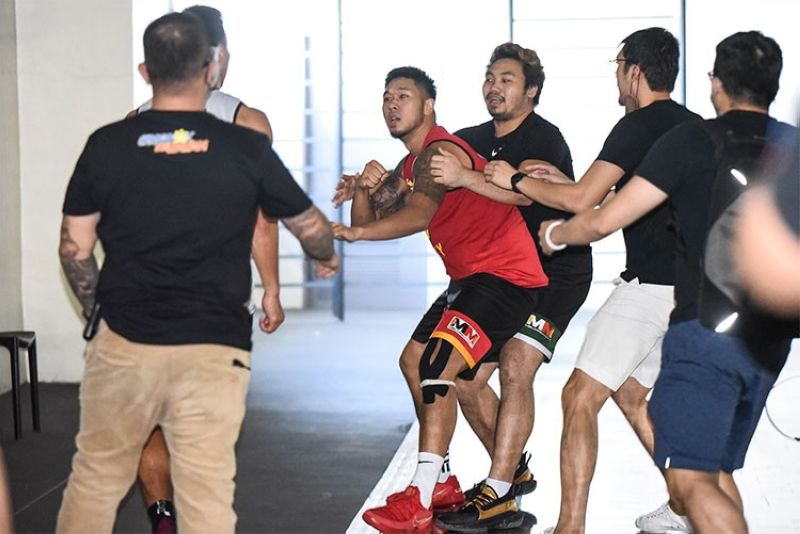 BUTUAN City and Nueva Ecija had already been at each other’s throats ever since the preseason and things reached boiling point after their semifinals match in the 2020 Chooks-to-Go Pilipinas 3×3 President’s Cup Grand Finals on Friday at the Inspire Sports Academy in Laguna.

Tensions were high as Butuan City’s Karl Dehesa and Chris de Chavez waited for Nueva Ecija backstage not long after their semifinal game that saw the latter come away with a 20-19 victory.

After a heated argument, the two sides nearly came to blows and had to be separated by a throng of players from Palayan City and Zamboanga City.

The shenanigans began during their semifinals game that saw the two sides talk trash all throughout the match.

According to Zamboanga City’s Leonard “Santi” Santillan, he saw Dehesa standing by himself, waiting for Nueva Ecija’s players to return backstage. Not long after, an argument ensued that soon became a near-brawl.