Only 6% of SAP 2 beneficiaries have not received cash aid, says DSWD 7 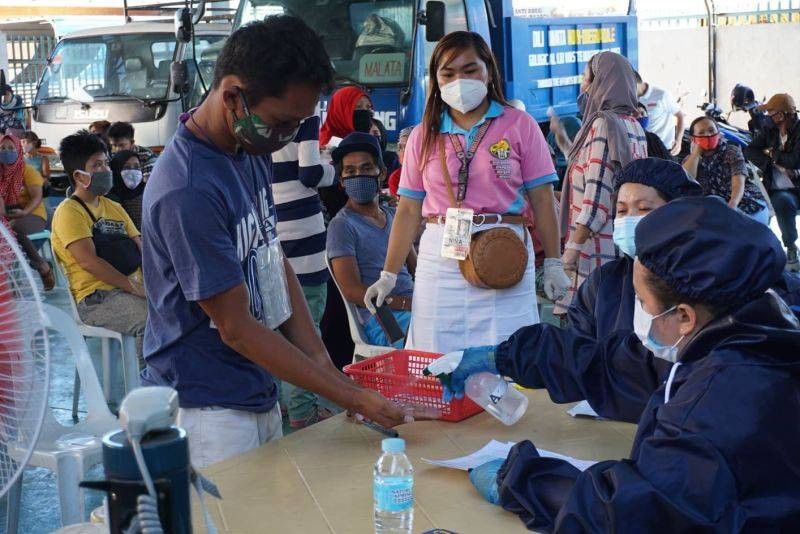 SOCIAL AMELIORATION PROGRAM. The Department of Social Welfare and Development (DSWD) 7 reported that only 50,000 families in the region, or six percent of its total target, have not yet received the second tranche cash aid of the Social Amelioration Program (SAP). (File)

ONLY 50,000 family beneficiaries in Central Visayas have yet to receive their cash aid from the second tranche of the Social Amelioration Program (SAP).

But officials of the Department of Social Welfare and Development (DSWD) 7 clarified that the 50,000 families make up six percent of the total number of the program’s target beneficiaries, which is 891,000.

Lucero made the statement during an episode of DSWD’s Ikaw ug ang DSWD Kauban sa Kabag-ohan,” which airs on CCTN 47.

She said this constitutes about 80 percent of the total number of target household beneficiaries for the SAP 2 in the region.

But upon re-validation, 14 percent of the total number of those initially listed as SAP 2 beneficiaries, or about 130,000 households, have been found to be ineligible and/or duplicates. Either they’ve already received cash assistance from other agencies of the government or are already members of the Pantawid Pamilyang Pilipino Program (4Ps), she said.

Lucero also said that of the around 20,000 listed displaced public utility drivers endorsed by the Land Transportation Franchising and Regulatory Board 7 to the DSWD 7 for the SAP 2, only 2,000 were eligible.

Lucero said those found to be not qualified and were duplicates were removed from the final list of eligible beneficiaries.

She also said they hope to finish the payout by November.

“If there are spillovers, these include those who were not able to be physically present during the designated payout schedule as they were either stranded or in areas previously under lockdown. But the DSWD 7 is actually trying to find ways to reach out to them,” Lucero added.

Republic Act 11469, or the Bayanihan to Heal as One Act, instituted the SAP which aims to mitigate the effects of the coronavirus disease 2019 pandemic.

Only low-income and qualified households in Cebu, members of 4Ps, and wait-listed families in Negros Oriental, Bohol and Siquijor were allowed to receive the cash aid under SAP 2. (WBS)