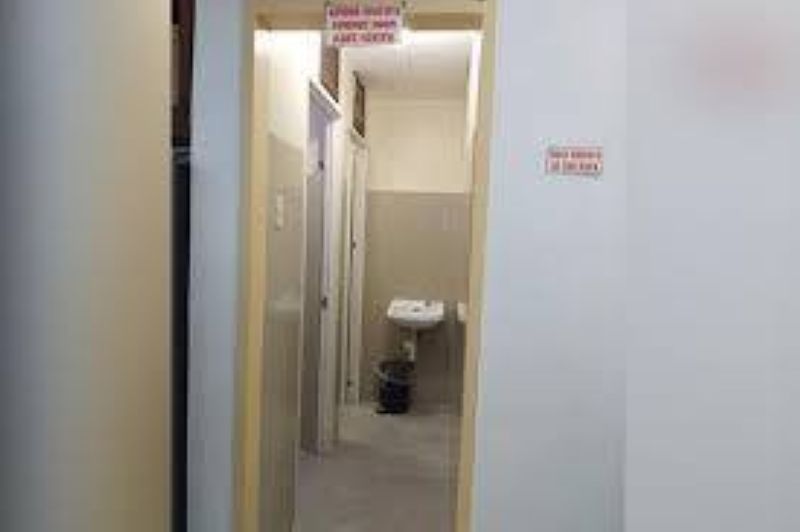 CLEANING UP TOILETS. Mandating gender-neutral toilets is overdue for granting the LGBTQ+ citizens access to this basic amenity of health and sanitation. Dry faucets, no sanitizers and toilet paper and cringe-worthy cubicles are not the only hazards in many public toilets in the country. (File)

THE Filipinism, “comfort room (CR),” amuses many foreigners when they learn that Filipinos use this euphemism to refer to a public toilet.

In many instances, lack of water and poor sanitation in public toilets in the country provide no comfort at all for users.

For lesbians, gays, bisexuals, transgenders, queers and other genders (LGBTQ+), more foul than poor sanitation is the lack of public toilets that recognize and respect gender choices.

Other local governments should follow the cue of the Manila City Government. It is the first local government unit to mandate gender-neutral toilets in all business establishments by 2023, according to the news website Rappler on Thursday, Oct. 29, 2020.

A toilet that is open to all genders is a requirement for granting or renewing a business permit, as mandated in City Ordinance 8695, or the Manila LGBTQI Protection Ordinance of 2020.

The LGBTQ+ community suffers worse than discrimination when they use CRs based on their sex determined by nature or the gender they have transitioned to.

Transwoman Gretchen Diez found this out after she queued at 1:30 p.m. on Aug. 13, 2019 to use the women’s CR in a Quezon City mall. A female janitor directed Diez to use the men’s CR. Diez walked away but returned to argue with the janitor.

Diez said she stood for her rights after remembering that Quezon City has an anti-LGBTQ+ discrimination ordinance.

Angered by Diez’s recording of their confrontation, the janitor hauled her to the security office, where Diez was “detained... cuffed and shamed,” reported the Rappler on April 13, 2019.

Diez was turned over to the Cubao police, who brought her to the Quirino Memorial Medical Center for a medical test, then the Quezon City Police District’s Anti-Cybercrime Division in Camp Karingal and returned again to the Cubao station.

During Diez’s detention, the Cubao police did not know what case could be filed against her. Ten hours after she was publicly humiliated and detained, Diez walked out of the police station because the janitor decided not to press charges.

Intense criticism on social media focused on the mall security and the police’s treatment of Diez as if she had been caught in the act of committing a crime. The public shaming of Diez was a punishment of the assertion of her rights as an LGBTQ+ person.

Thus, more urgent than the installation of gender-neutral facilities is the public’s understanding of the human rights of LGBTQ+ persons, expressed as sensitivity to individual differences and deviations from normalized expectations bifurcating the sexes or genders into only two: male and female.

Respecting the rights of the LGBTQ+ community must make the leap from the public spaces of ordinances and laws to the personal spaces of home and school, where attitudes towards “different” individuals are nurtured and reinforced.

The stigma surrounding the LGBTQ+ includes the fear that conflates all homosexuals as predators who will harass heterosexual men and women in the male and female CRs.

A story circulated among a group of parents concerned a young boy who was sodomized in a men’s CR in the mall. Many parents blamed gays and their unimpeded access to CRs where they don’t “fit.” No credible sources confirmed that the incident actually happened.

Aside from spreading fake news, gendered biases and discriminations feed into a culture of dehumanization, intolerance and hatred.

While split over acceptance or condemnation of the LGBTQ+ persons, citizens, regardless of religion, must respect the secular authorities’ passage of laws prohibiting the discrimination of persons due to their sexual orientations.

The assertion of their rights by LGBTQ+ persons should not be used to target transgenders for public shaming, social exclusion, harassment and hate crimes.

Neither should gender sensitivity be limited only to paper and platitudes. Genderless public CRs are one of the first places that should reflect this.