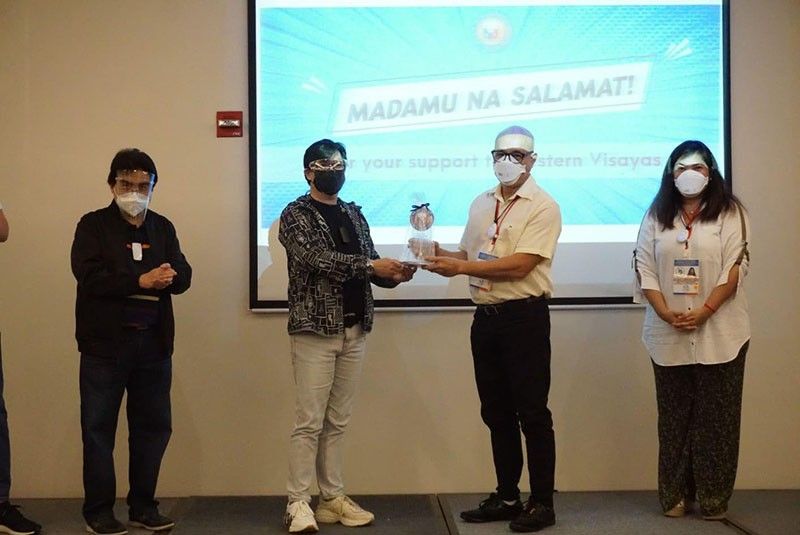 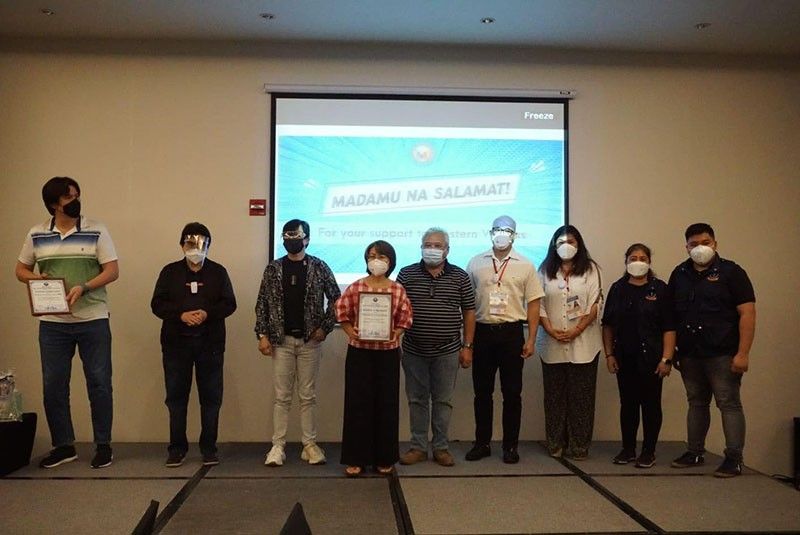 THE Office of the Presidential Assistant for the Visayas (OPAV) formally expressed gratitude to all those who have helped bring down Covid-19 cases in Cebu, Negros Occidental, and the rest of Western Visayas in recognition rites held in Bacolod City Thursday, Oct. 29.

OPAV gave 29 Plaques of Appreciation to individuals and organizations during an awarding ceremony on October 29 at Seda Hotel, Bacolod City.

Secretary Michael Lloyd Dino, Presidential Assistant for the Visayas, cited the collaboration and cooperation among individuals, government agencies and non-government organizations as having contributed to the campaign against Covid-19.

“First, my heartfelt gratitude to our Covid-19 Chief Implementer, (retired Maj.) Gen. Melquiades Feliciano. Gen, without you, this recognition today will not be possible,” Secretary Dino said. “It is through General Feliciano that we are able to assist Bacolod and the rest of Western Visayas in healing together.”

Gen. Feliciano established the Emergency Operations Center in Cebu City, which provided a comprehensive and wholistic approach to the pandemic.

At the time, Cebu City was considered a Covid-19 hotspot. With its data-unification management and contact tracing system, the Cebu City EOC succeeded in bringing down Covid-19 cases.

The Secretary also credited Feliciano’s wife, Mrs. Mia Feliciano, who is a nurse, for her invaluable assistance to her husband.

“Maam, I would like to also express my heartfelt gratitude to you for your dedication in helping Western Visayas. With General Mel you left the safety and comfort of your home to help us fight Covid in the Visayas,” he pointed out.

OPAV gave 29 Plaques of Appreciation to individuals and organizations who have immensely contributed to OPAV’s goal of helping bring down cases in Bacolod, Negros Occidental and Western Visayas region in an awarding ceremony on October 29 at Seda Hotel, Bacolod City.

Bacolod Mayor Bing Leonardia, who also graced the recognition event, lauded the OPAV's efforts in the city's Covid response, expressing his gratitude for the help and support.

The Province of Negros Occidental was represented by Provincial Administrator Atty. Ray Diaz and Board Member Ryan Gamboa.

In his message, Gen. Feliciano, who heads the Bacolod Emergency Operations Center (EOC), said the Presidential Assistant for the Visayas, Secretary Michael Lloyd Dino, has been very instrumental in containing the Covid outbreak in the region.

Feliciano also recognized the efforts of all the persons who worked on the ground and thank them for their contribution to EOC. The Bacolod EOC is the second EOC set up in the Visayas.

He added that it is noteworthy to state that Bacolod City is now stable as far as the Covid situation is concerned. From almost 200 daily cases in September, Bacolod's daily cases have gone down to less than 30 and are still going down.

Secretary Dino feels optimistic that the EOC formula now being implemented in Bacolod and other areas in Visayas will help bring down cases.

"I really do hope that this decrease of daily new cases is already a sign that we are doing well in our fight against this pandemic," the Secretary said. "In due time we can already bounce back from the economic losses that our people, especially the poor, have experienced in the last seven months."

Dino also thanked President Rodrigo Duterte and Senator Bong Go for their continued support to Western Visayas and for supporting OPAV's work as a bridge to Malacañang.

During the same event, the Secretary announced his donation of 50,000 face shields or 25,000 each for Bacolod and Negros Occidental. /PR