Dyumdum: The Tales of 12 Oriental Dabawenyos 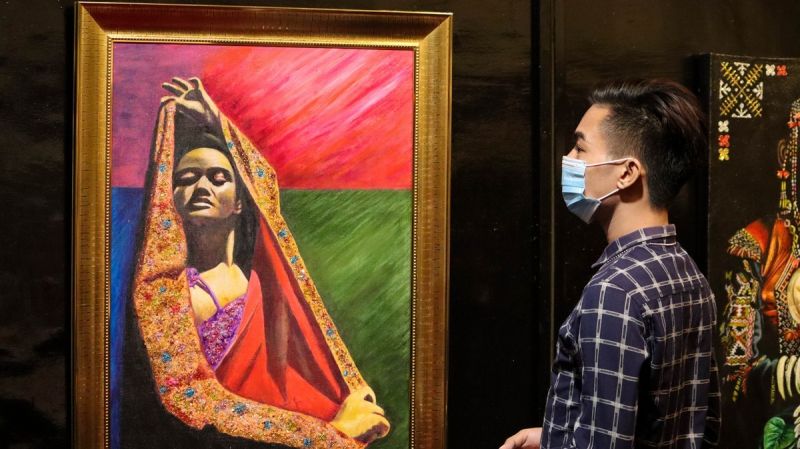 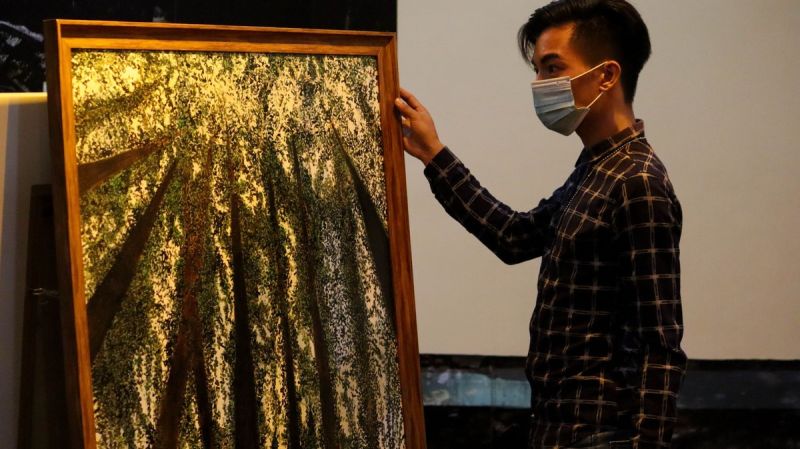 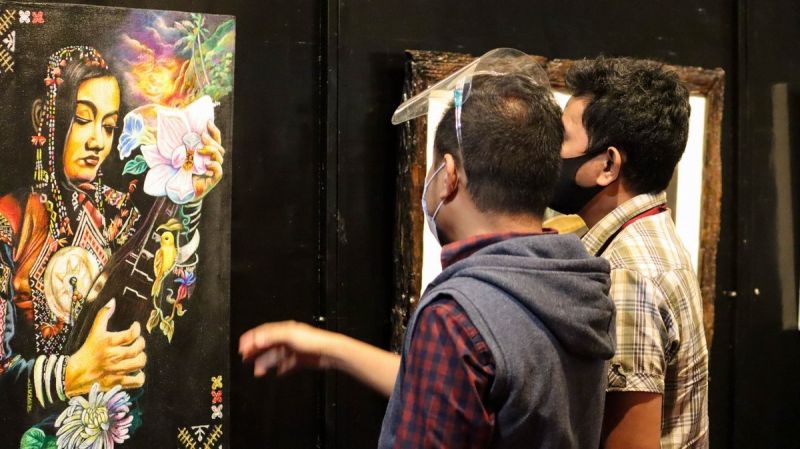 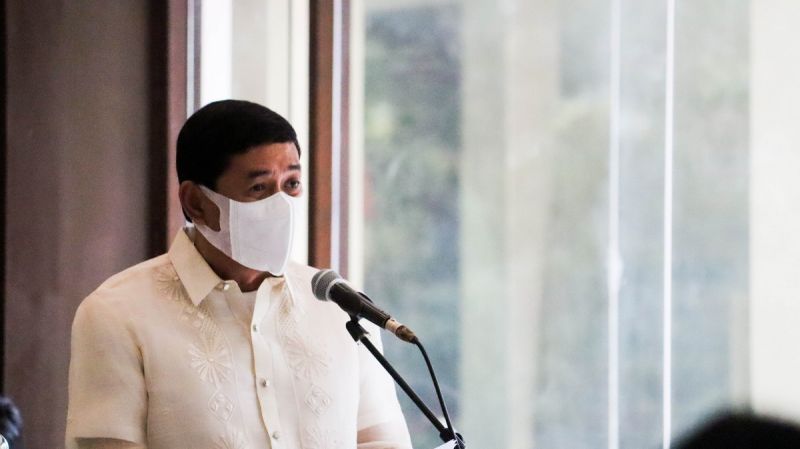 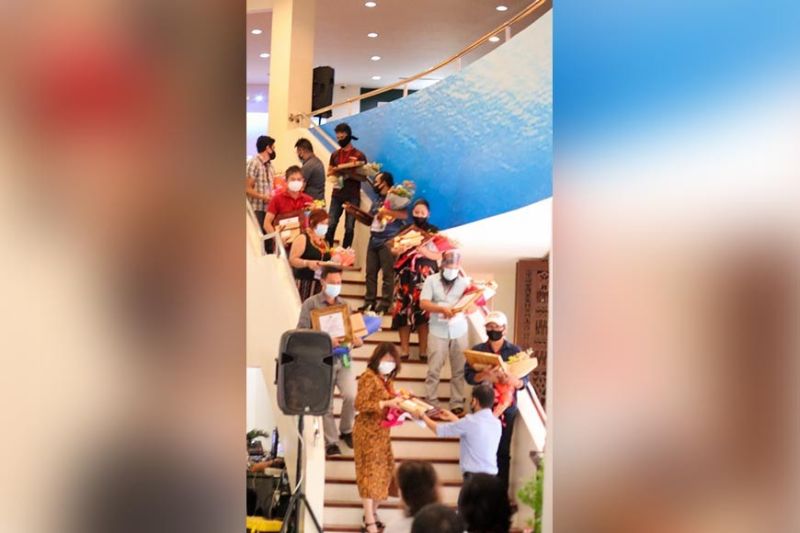 TAKING a breather from the Covid-19 pandemic, the provincial government through the Provincial Tourism Office formally opened the Dyumdum: Tales Of The Twelve Oriental Dabawenyos Art Exhibit, which centers on promoting the natural and cultural heritage of Davao Oriental.

Dubbed as “Dyumdum,” a term derived from the Mandaya language that connotes and symbolizes wisdom, perception and understanding, the exhibit features the artists’ perception of telling their story about Davao Oriental through visual arts.

Governor Nelson Dayanghirang, who led the opening on October 28, 2020, at the Subangan Provincial Museum, lauded the twelve artists whose artworks, he says, captures Davao Oriental’s rich, diverse and colorful natural and cultural heritage –from the songs, dances, clothing, the languages and the traditions.

Called the Twelve Strokes of Davao Oriental, the group which is composed of internationally and locally acclaimed artists of the province was organized about two months ago aiming to share their stories while promoting visual arts and the province’s rich heritage.

“Our culture is our identity as a people. We are our food, dances, songs, traditions, languages, and even our clothing. Whatever and however each masterpiece is crafted, it is your and our heritage spoken,” said Regional Director of the Department of Tourism Tanya Rabat-Tan, as she thanked the effort of the province for continuing to promote the artists’ roots in their works.

The Executive Director of the National Commission for Culture and the Arts Al Ryan Alejandre, despite not being able to personally come, also conveyed his congratulations to the province through a virtual message.

The Twelve Strokes of Davao Oriental

The members of the Twelves Strokes of Davao Oriental say they are happy to showcase their talents and their art to the rest of the world while encouraging other artists to share their God-given talents that have the power to inspire people, especially in the present uncertain times in the midst of the pandemic.

The group says that most of the paintings displayed were finished during the pandemic. Pastor Marvin Tiberio, one of the artists said that it had not been easy for them as artists to still pursue arts, especially during the onset of the Covid-19 crisis as they had to deal with challenges such as lack of resources and funds.

“The money we would have used for the art materials, we rather used to buy facemask,” he said.

“We were hopeless during the onset of the pandemic. It was tough to think about how we would still be able to pursue the arts. It was around the month of May when I encouraged them (the group) to not give up because I believe our arts can become our beacon of hope in the dark times,” he added.

Moreover, Pastor Tiberio also said he was able to enhance his resourcefulness and discovered many alternatives to the tools he was not able to acquire. Instead of paint, he used squid ink and natural colors from plants. This unique way of delivering art set him apart from all the other artists.

“But, to be honest, it (the pandemic) had been a blessing in disguise for some of us. It gave us more time to think and conceptualize. While I was at home, I was able to finish my works – those that they will see on the exhibit,” Ega Carreon, one of the featured artists, said.

Organized by the Provincial Tourism Office, the Dyumdum art exhibit was conceptualized by the First Lady of the Province Ms. Nannette Dayanghirang and Tourism Consultant Ms. Cynthia Rodriguez.

The Provincial Tourism Office for the past three years has created a tradition of launching art exhibits annually. In 2018, Timogo – Hibla Kultura Filipina was launched, highlighting the weaving tradition of Dagmay and other fabrics in Mindanao. The following year, Putong – Hibla Kultura Filipina took place, showcasing the symbolic use of headgears among indigenous cultures.

This year, Dyumdum: Tales of Twelve Artists is a celebration of visual arts in a form of paintings that center on biodiversity, nature, and culture of Davao Oriental.

The Dyumdum art gallery will run until January 2021.