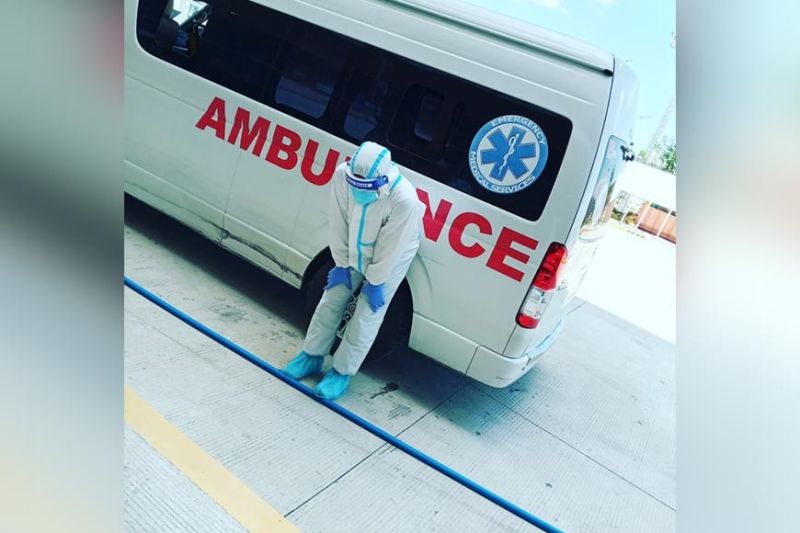 REST FOR A WHILE. A health worker in Angeles City takes a break from the daily rigors at the Covid-19 frontlines. (Angeles City Information Office)

Lazatin said all 19 permanent and four casual RLMMC nurses with a present Salary Grade (SG) 11 equivalent to P22,316 will be upgraded to SG 15, with a monthly basic salary of P33,575.

Ayson said although there are 30 permanent nurses employed at RLMMC, only 19 of them needed to have their salaries adjusted since the 11 nurses are already receiving their accorded salaries.

This is in line with the National Government's pay adjustment, following the Department of Budget and Management's Budget Circular 2020-4, pursuant to Section 32 of Republic Act 9173, or the Philippine Nursing Act of 2002.

Lazatin's chief adviser and tactician Director IC Calaguas said the City Government is pushing for the said salary increase in recognition of the crucial role they play in the ongoing battle against Covid-19.

Calaguas also shared that the RLMMC headed by Dr. Froilan Canlas is diligently observing safety and health protocols, particularly the regular swabbing every two weeks of the 42 health workers assigned at the Covid-19 wards.

It can be recalled that in August of this year, the City Government allocated P10 million for the immediate release of the Special Risk Allowance (SRA) for city health workers handling Covid-19 patients.

The health workers received their SRA last October, amounting to 50 percent of their monthly salary. They are also afforded free lodging, which allows them to isolate themselves.