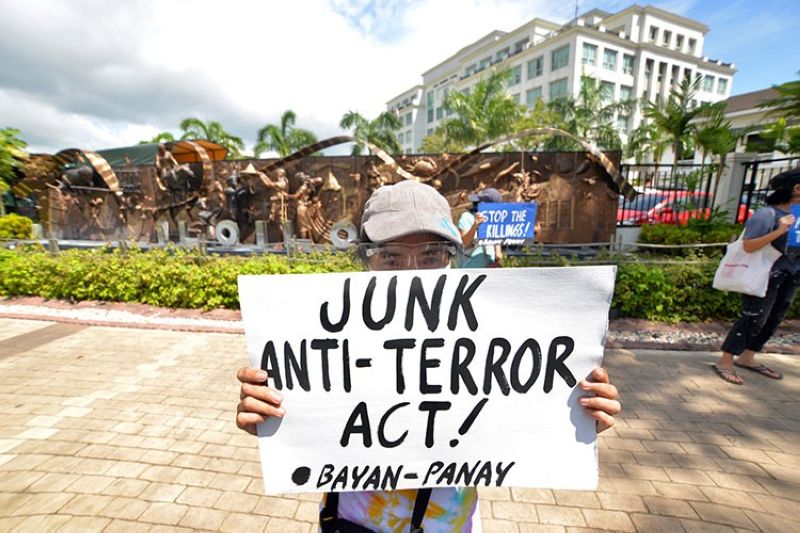 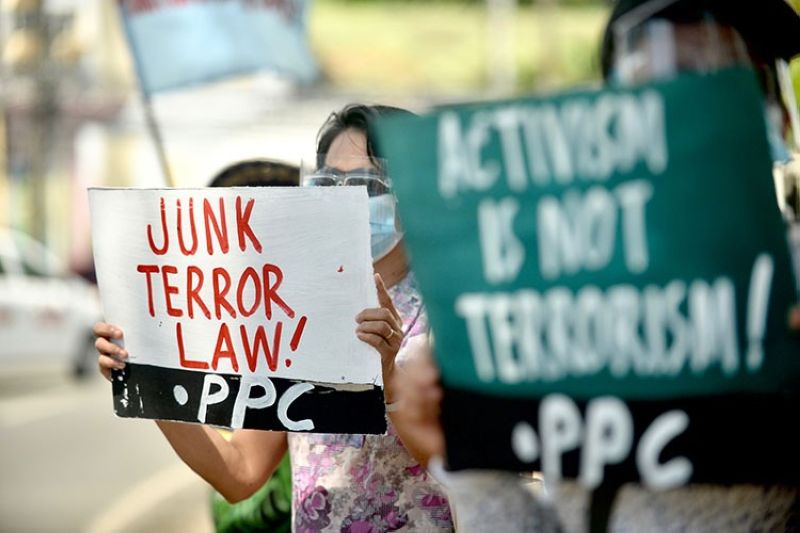 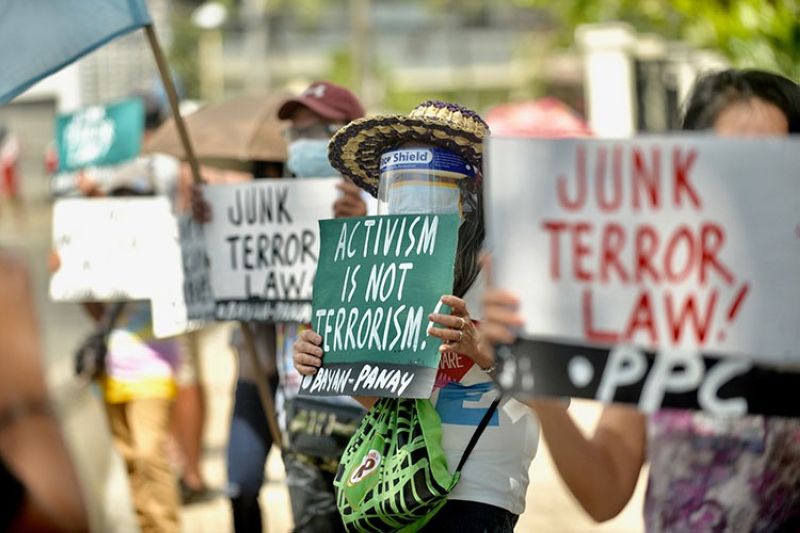 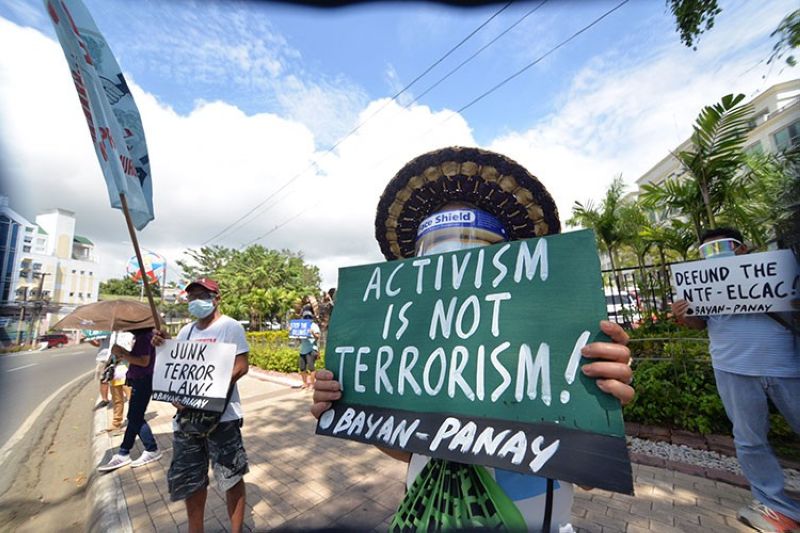 MEMBERS of militant group Bayan-Panay once again trooped to streets of Iloilo City to hold their Black Friday protest against Republic Act 11479, or the Anti-Terror Act of 2020.

The protesters observed social distancing while holding placards calling for the junking of the Anti-Terror Act in front of the Iloilo Provincial Capitol Friday morning.

terror law is nothing but a weapon of President Rodrigo Duterte's administration.

“It’s a weapon against its critics and dissenters who are vocal about his administration’s evil-doings,” he said.

Bosque stressed that the terror law will legitimize Duterte’s crackdown against so-called “terrorists” who are mere activists purely exercising their constitutional rights.

“Arrests, detention, torture, abduction and even murder of activists will surely escalate as even without the law, these human rights violations perpetrated by the state continue and the culture of impunity still in effect,” Bosque said.

The group also lambasted the Senate-sponsored red-tagging spree by members of the military and their "paid and honed witnesses."

“The hearing conducted by the Senate committee on national defense is a big blow against our rights to due process, as the military and their witnesses are free to label legal open mass organizations and its leaders as communist fronts and members without evidence filed to the court for proper investigations. What the Senate committee wanted to achieve was a trial by publicity and that should be condemned in strongest terms,” Bosque said.

“If these so-called star witnesses accusations are true, which are most likely nobodies who were only paid and honed as such, just like Jeffrey Celiz who disappeared after Duterte included him in the drug’s list and resurfaced after having connived with the military, they could just have filed complaints in proper courts so that the courts would do the junking of these trumped up and believed-to-be stories as what happened to many cases the military has been doing for decades already,” he added.

He also said that “the time spent in the red-tagging spree in the Senate could have been best offered to legislations and hearings to help our fellow Filipinos who were greatly affected by Typhoon Rolly.”

“The red-tagging is a very dangerous act which has already resulted in deaths of our colleagues like Jory Porquia and Zara Alvarez. Clearly, the military cannot outrun their armed counterparts, the NPA, that is why they are bound to run after armless civilians, activists and dissenters, label them as terrorists to legitimize their actions, whose mere weapons are their voices against this tyrannical and fascist regime,” Bosque said.

“The 37 petitions before the Supreme Court against the terror law is a testament of the people’s disgust against this government,” Bosque added.

“We call on the people to join our call to #JunktheTerrorLaw and make Duterte regime accountable for its crimes against the people,” he added.

Members of the Iloilo City Police Office went to the area to intervene Friday, but the protest ended peacefully. (SunStar Philippines)