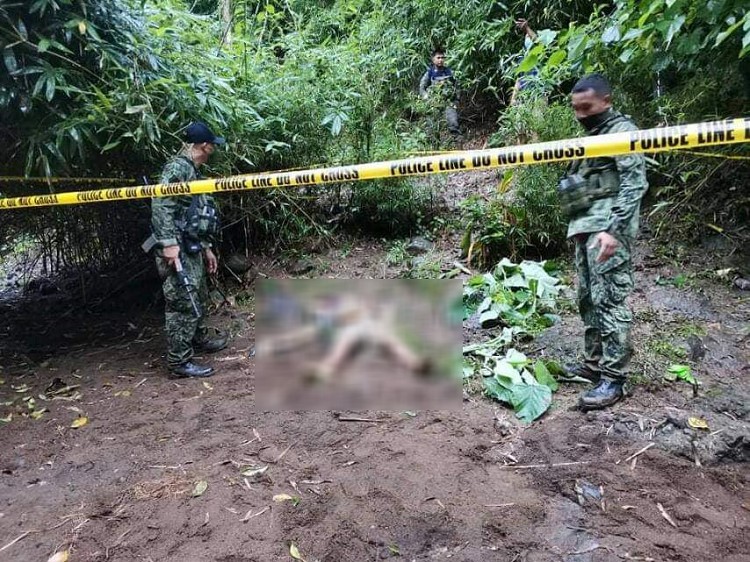 A MEMBER of the Yunit Militia (YM) of the New People's Army (NPA) in Central Negros was killed in an encounter against Philippine Army troops under the 62nd Infantry Battalion (IB) in Sitio Arum, Barangay Macagahay, Moises Padilla, Negros Occidental on Thursday, November 5.

The victim was identified as Rio Jacaba, an alleged communist NPA terrorist (CNT).

Based on a military report, elements of the 62IB responded to a report from concerned citizens of Barangay Macagahay regarding the presence of suspicious persons believed to be communist terrorists in the area.

Three alleged NPA members of YM were reportedly involved in the encounter, which resulted in the death of Jacaba. The other two alleged CNTs reportedly fled in different directions, leaving behind their dead companion.

The military further said the firefight also resulted in the recovery of one caliber .45 Colt MK IV pistol, a black-colored holster, spent cartridges of caliber .45 and subversive documents believed to be used during the conduct of “mass works” in the area.

Colonel Inocencio Pasaporte, 303rd Brigade commander, as a reaction said, "with the Moises Padilla Task Force to End Local Communist Armed Conflict, we will unify and harmonize our peace and development efforts, especially with the different stakeholders to end the local communist armed conflict in the municipality of Moises Padilla."

"We will ensure that these CNTs' intimidation and extortion activities are halted. I call on the remaining members of the NPAs in Central Negros to return to the folds of the law and to abandon futility of the armed struggle. Take advantage of the E-Clip (Enhanced Comprehensive Local Integration Program) being offered by our government, which will be of great help for your return to live a normal life," Pasaporte added.

Under E-Clip, qualified beneficiaries are entitled to receive livelihood grants, training and other assistance packages from various government agencies. It provides a complete package of assistance to former members of the NPA and YM, as well as their family members who have surrendered to the government and became productive members of society.