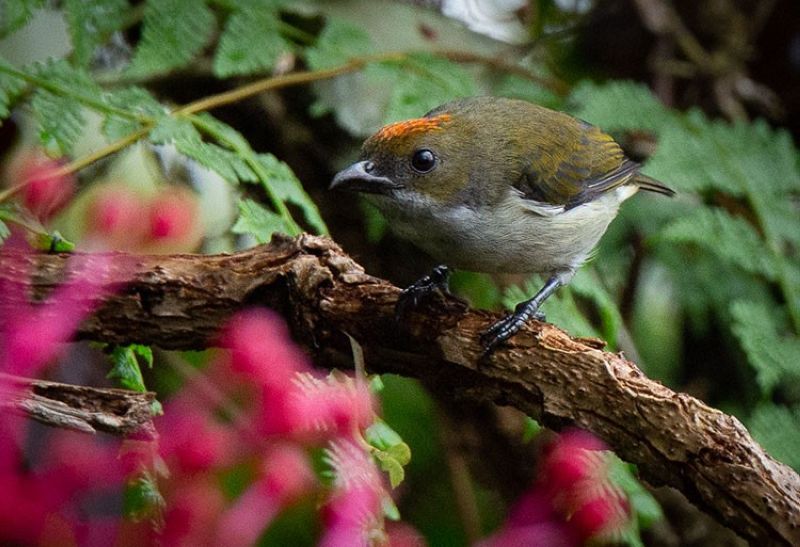 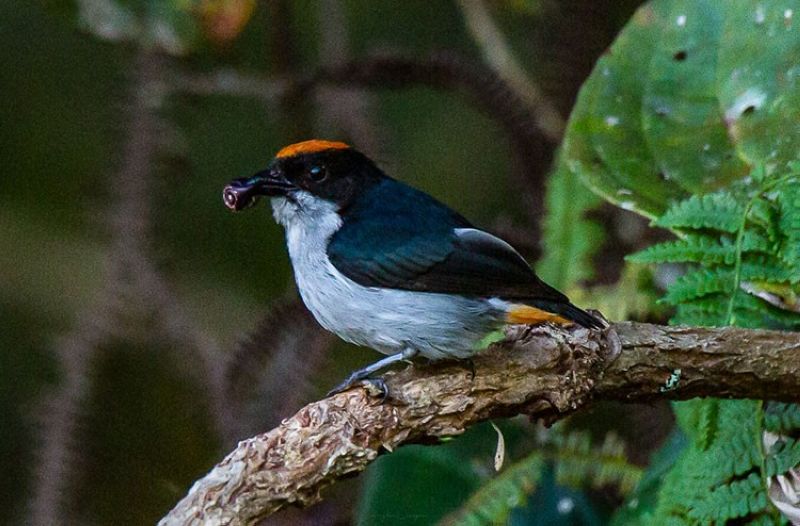 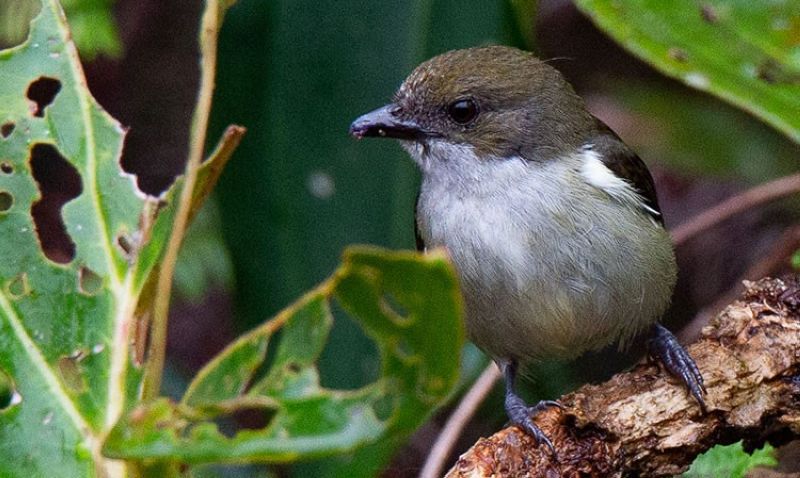 PLAIN. The female Dicaeum kampalili is not as colorful as its male counterpart, just as many female birds tend to be. (Eden Jhan Garay Licayan)

Licayan, Administrative Assistant V - Photographer of the Davao Oriental Provincial Information Office, has been photographing birds in the province after being introduced to birdwatching a few years back. Capturing the colorful Flame-Crowned Flowerpecker is among the many highlights of his birding life. The reason? This bird is Davao Oriental's very own. Its scientific name is Dicaeum kampalili, named after Mt. Kampalili, located between the municipalities of Manay and Caraga.

A reference to the naming of this bird after the Davao Oriental mountain can be found in the footnote of a January 1953 issue of The Auk: Ornithological Advances, a peer-reviewed scientific journal and the official publication of the American Ornithological Society, established in 1884 and published quarterly.

In the footnote with the heading "A New Name for a Flowerpecker in the Philippines" (The Auk, Vol. 70, Issue 1, 1 January 1953), it reads: We are indebted to Mr. H.G. Deignan for calling our attention that the name Dicaeum rubricapilla which we (Amer. Mus. Novit., No. 1545: 5,1952) recently applied to a new species of flowerpecker from Mt. Kampalili, Mindanao, Philippine Islands, is preoccupied by the name Dicaeum rubricapilla Lesson (Traite d'Ornith., livr. 4: 303, 1830; "l'Inde?"). We propose to correct this error by calling the Philippine species Dicaeum kampalili, new name. - Canuto G. Manuel, Philippine National Museum, Manila, and E. Thomas Gilliard, American Museum of Natural History, New York."

In layman's term, said Alex Tiongco of Raptorwatch Network Philippines, a veteran birder and environmentalist, this footnote means, "We now have a very good authority to claim that the kampalili is a distinct species of its own!"

Licayan said he photographed the bird in Caraga during the road opening to CADT01 in Barangay Pichon.

He first sighted the bird in Sitio Maglahos in Barangay Pichon, Caraga, an ancestral domain of the Mandaya tribe under Certificate of Ancestral Domain-01, at 1,253 masl, but he was only able to get a photo of the head because this flew away with a flock just after he saw it. He had it identified and confirmed that it was the Dicaeum kampalili.

He had another chance to photograph the bird last September 27, 2020 after the release of eagle Mal'lambugok, but he was only able to photograph the less colorful female and a juvenile male because the full-grown male was elusive and would always manage to fly away before he could capture a photo.

"October 29 po opening ng Butay Road sa CADT01 kina Chieftain Banugan na area, I decided to go in advance sa area baka sakali na makunan. Luckily after about two hours inunahan ko sa puno ng Medinilla dumating siya, iyun 'di ko na pinalagpas During the opening of Butay Road in CADT01 under Mandaya chieftain Christine Banugan, I decided to go ahead of the group on the off-chance that I'd be able to photograph the bird. Luckily, after a two-hour wait near a Medinilla shrub [Medinilla magnifica, a flowering shrub common in the highlands], a male bird perched there and I was able to photograph it)," he said.

Licayan said he has so far photographed 189 endemic and non-endemic birds in Davao Oriental since taking up the hobby.

He encouraged residents of Davao Oriental to take pride in the bird and help conserve it as flowerpeckers help in the pollination of plants, eventually in the conservation of plant species.