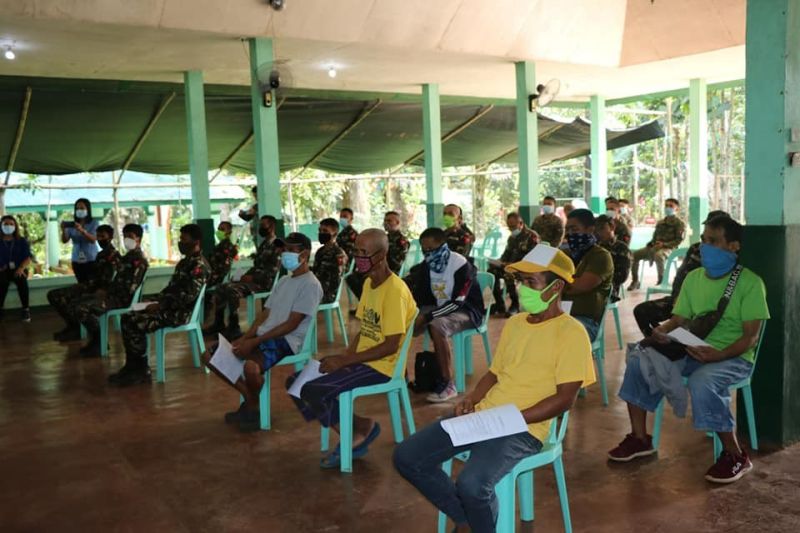 ZAMBOANGA. Six former communist New People’s Army (NPA) terrorists and 19 militiamen are set to undergo skills enhancement training to be conducted by the Technical Education and Skills Development Authority in partnership with the Army’s 53rd Infantry Battalion (IB). A photo handout shows the training participants during the orientation at the 53IB headquarters. (SunStar Zamboanga)

The six former NPAs will be joined by 19 militiamen in the week-long carpentry skills training, which will start Monday, November 9, and will be held at Camp Sabido that houses the headquarters of the 53rd Infantry Battalion (IB) in Guipos, Zamboanga del Sur.

The six former NPAs are among the members who surrendered to the Army’s 53IB in previous months in the provinces of Zamboanga del Sur and Zamboanga del Norte.

Lieutenant Colonel Jo-ar Herrera, commander of the 53IB, said the training intends to capacitate the former NPA rebels and equip them with the necessary knowledge and skills to be productive members of the society.

Herrera thanked the Tesda for the invaluable contributions as the leading agency in the Poverty Reduction, Livelihood, and Employment Cluster of Task Force to End Local Communist Armed Conflict.

Tesda Regional Director Dan Navarro said the skills training is a fruit of the convergence and close collaboration between Tesda and 53IB.

Aligned with Executive Order 70, Navarro said this institutionalizes the whole-of-nation approach in addressing the local communist armed conflict in the country.

Navarro said both the former NPA rebels and the militiamen participants of the training will receive Tesda National Certificate II upon completion of the course. (SunStar Zamboanga)