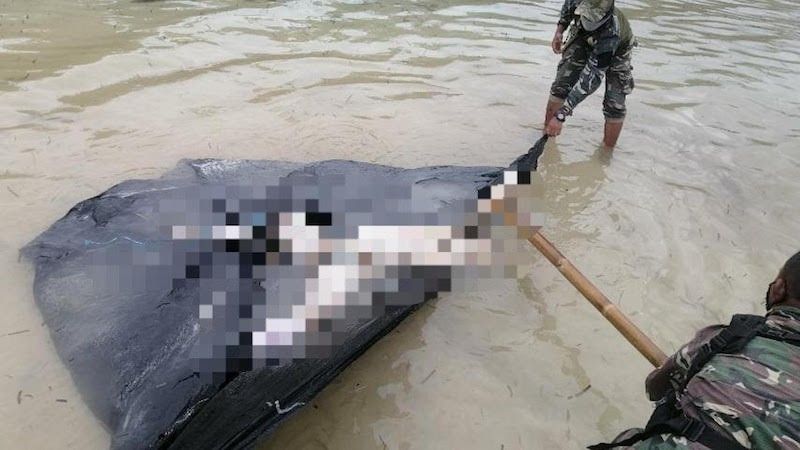 AUTHORITIES have recovered the body of one of the seven members of the Abu Sayyaf Group (ASG) who were killed during a daring military operation in the Sulu Sea on November 3, 2020, the Joint Task Force (JTF) Sulu said.

The JTF Sulu said the body of Dave Sawadjaan was recovered by the troops in coordination with local fishermen at around 2 p.m. on Saturday, November 7, near the shores of Barangay Karangalan in Tapul, which is approximately 20 kilometers east of the encounter site off Sulare Island in Parang, Sulu.

The bodies of the six other ASG men killed during the operation have not been recovered.

The military said Sawajaan was a nephew of Hatib Hajan Sawadjaan, an Abu Sayyaf Group sub-leader who was believed to have been killed during a military operation in Patikul in July.

He was also a brother of Arsibar Sawadjaan, who was killed during a gunfight with government forces in the same town and a cousin of Mundi Sawadjaan, who was tagged as the mastermind of several deadly bombings in the province of Sulu.

Seven ASG members, reportedly including Madsmar Sawadjaan, were on board a speedboat when they were intercepted by troops on board an Agusta attack helicopter of the Philippine Air Force and a multi-purpose attack craft (MPAC) of the Philippine Navy.

The suspects were allegedly on their way to carry out a kidnapping.

“It is possible that some of the cadavers have also resurfaced. This is a major development and our troops will continue the search and retrieval operations," Major General William Gonzales, commander of JTF Sulu, said. (SunStar Philippines)