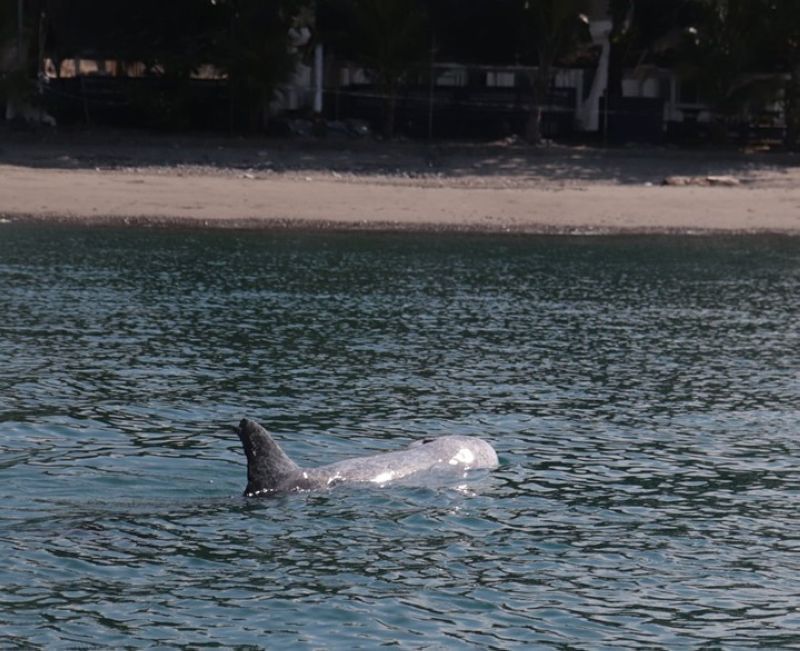 THE Naval Forces Western Mindanao (NFWM) has rescued a Risso's dolphin that was stranded at the shore of the Naval Station Romulo Espaldon (NSRE), Zamboanga City.

Commodore Toribio Adaci, NFWM commander, said they immediately coordinated with the City Agriculturist Office, Office of the City Veterinarian, Bureau of Fisheries and Aquatic Resources, and Camp Navarro General Hospital Veterinarian to check on the health status of the dolphin when it was sighted Thursday, November 5, at the shore of NSRE.

Adaci said after the conduct of initial assessment, they found out that that dolphin was healthy and might have been stranded due to acoustic trauma caused by dynamite fishing.

According to the National Oceanic and Atmospheric Administration, Risso's dolphins, sometimes called gray dolphins, are found in the temperate and tropical zones of all the world`s oceans.

These cetaceans generally prefer deeper offshore waters, especially near the continental shelf edge and slope where they can dive to at least 1,000 feet and hold their breath for 30 minutes.

They are also very active on the ocean surface. (SunStar Zamboanga)