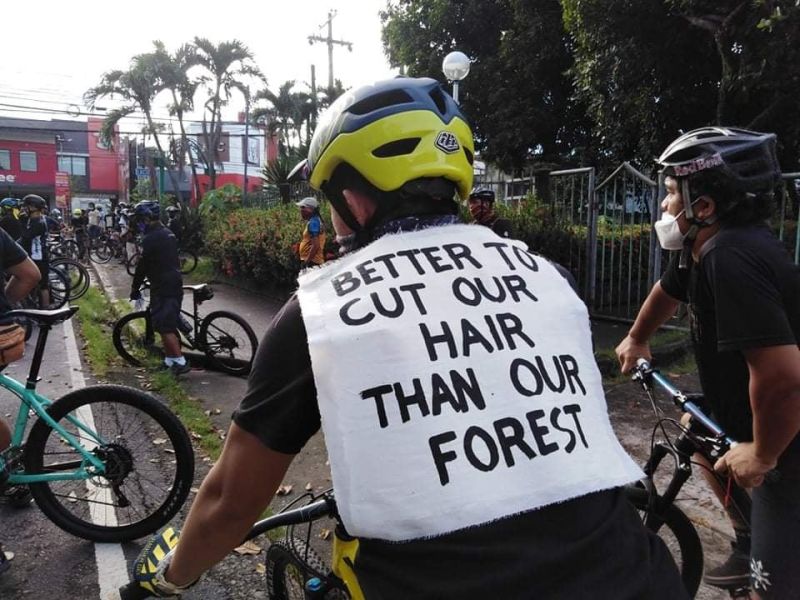 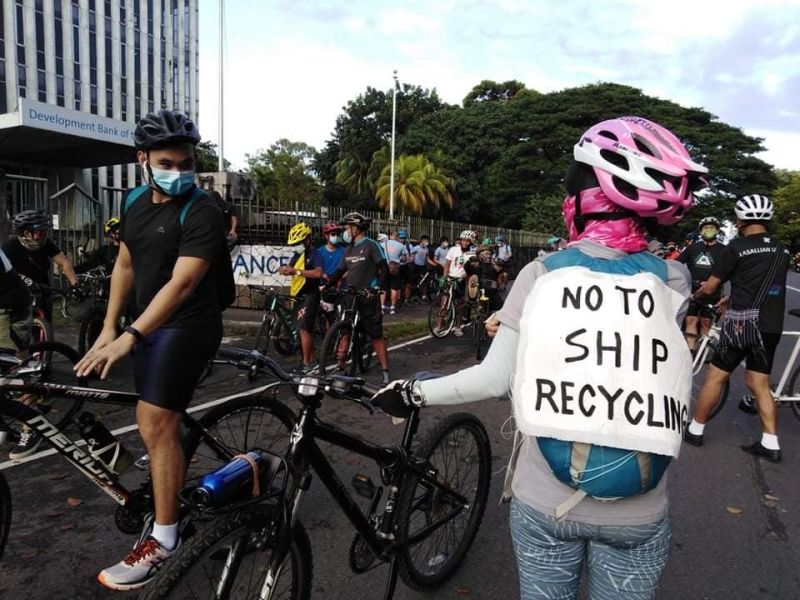 About 150 participants biked from the Provincial Capitol Lagoon to various areas in the city like Barangay Bata, Circumferential Road, Lopues East, Burgos Avenue and Lacson Streets and back to Lagoon.

Dubbed "Panikadsikad 2020: Sikad Para sa Dunang Manggad," the event showcased a variety of art aimed at opening the hearts and minds of the people on issues concerning the environment.

For the Green Alert Network (GAN), the event is to let the public be aware that people are responsible and accountable for their actions.

One of the activities was the "Paglalamay ng Kabaong," which according to its coordinator, Elmeer Meynard Calimpos, symbolizes that the environment has died from the hands of the greeds.

In their declaration of concerns, commitments and convictions, GAN together with other organizations, various cycling clubs and concerned citizens of Negros Occidental said they stand with fellow Negrenses in defending Negros' conservation sites that are home to various marine life, flora and fauna and considered as the country's renewable hub.

They said climate change is here and some of its consequences are frequent flooding in the mainland, costly storm surges in coastal communities and deadly landslides poised to come.

"Like investing in our future, the sooner we take action, the better chance we have to fend off the adverse impacts of our rapidly warming world," the groups said.

As they conducted a strike for the environment, Calimpos said the groups strongly declared that protecting it is not up for debate.

Among their demands and recommendations include calling the attention of the Protected Area Management Board (PAMB) not to allow any development and infrastructure projects such as road constructions, resorts, vacation houses and other illegal structures inside the Northern Negros Natural Park (NNNP) or in any portion of the remaining forests of Negros that could render irreversible destruction to the forest ecosystem.

They are calling on to protect the livelihood of nine barangays in E.B. Magalona town from the declogging and desiltation project "which is only a facade to their interest of extracting or mining the black sand or magnetite," stressing that the prohibition of the entry of coal-fired power plants in the province must be sustained.

"We also call the attention of the government agencies and local government units to give absolute respect and ensure the sanctity and protection and preservation of the culture and tradition of indigenous communities and people living in the forest areas by means of avoiding development and commercial activities and projects being proposed by external organizations and individuals," they added.

"We, the participants of the Panikadsikad 2020 commit to raising the issues and concerns raised in this declaration to the necessary government agencies, local government organizations and other sectors for immediate action and response," the declaration said.

"We will continue monitoring the progress on the issues to the proper forum and auspices of the government at the national and local levels," Calimpos added.