Mayor: No local transmission in Mati City yet 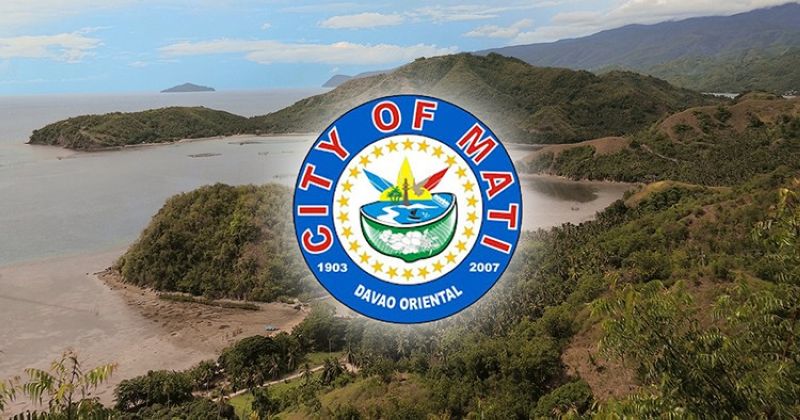 MAYOR Michelle Rabat said Mati City has not yet recorded any local transmission of Covid-19 cases despite the recorded surge of infections within their locality.

According to the City Government of Mati, as of Sunday, November 8, the city has recorded a total of 114 confirmed cases, wherein 13 are active cases, 98 already recovered, and three succumbed from the virus.

The mayor said in a radio interview those who succumbed from the virus are those with pre-existing medical health conditions.

"Wala pa kaming recorded na local transmission. Diretso na kasi... from there, pag-landing ng Davao [City], meron kaming naka-assign na sasakyan na sumundo para diretso na. Para di na sila makikihalubilo kung kanino (We have not yet recorded any local transmission. Because we immediately fetch them upon landing in Davao City, wherein we transport them back to Mati. This is our way so that they won’t be able to have closed contact with other people)," she said in an interview on 87.5 FM Davao City Disaster Radio.

The mayor said the returning individuals are immediately tested upon arrival, wherein they will be transferred to the city’s quarantine facility for immediate case management.

Rabat said they are strict in their contact tracing efforts, of which she attributed to the city still not recording any clustering of Covid-19 cases within the community.

She added that the city and the provincial border of Davao Oriental is very strict in allowing persons outside to get through.

Currently, the Mati government is not imposing any QR code system and they are still abiding to the “No Booking, No Entry” policy of the provincial government.

Davao Oriental Governor Nelson Dayanghirang issued Executive Order (EO) 40 on Monday, October 5, reiterating the health and safety guidelines on the operation of tourism and related establishments while the province is under the modified general community quarantine (MGCQ).

According to the EO, walk-in guests will not be allowed to stay overnight in the province's tourist destination. They must present a confirmed booking appointment in the accommodation establishment. All border control checkpoints will have a list of establishments accredited by the Department of Tourism (DOT).

Tourism establishments are urged to utilize online or mobile modes of reservation and payment applications.

Upon entering, guests will undergo a mandatory screening that includes checking of body temperature using a thermal scanner or thermometer gun.

Rabat said they are very strict in allowing anyone to get through with their city, considering their area is the home of the tourist destination ,Dahican Beach, and also that other tourism establishments are now allowed to operate, provided that minimum health standards are followed.

While the province has not yet imposed a QR code system for city and non-city residents, she said they are also considering it as a new tool to also improve their contact tracing.