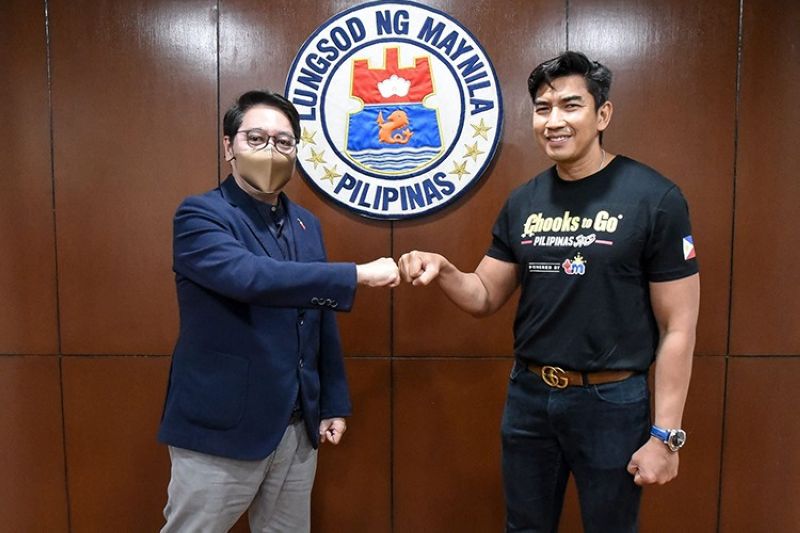 Controversial head coach Aldin Ayo was named head coach of the Chooks-to-Go Pilipinas team that will compete in FIBA-sanctioned tournaments.

Ayo was introduced as the new head coach on Monday, taking over former mentor Eric Altamirano, who resigned last week. The squad which will now go by Manila Chooks TM, will still be led by country’s top 3x3 player Joshua Munzon, no. 2 Alvin Pasaol, no. 5 Troy Rike, and no. 6, Cebuano Santi Santillan.

"I'm very grateful because, for me, this will bring another dimension to my coaching career," Ayo said as he was introduced to the players as well as Manila mayor Isko Moreno inside City Hall.

"Throughout my coaching career, it was the full-length of the court, but this time will be different. I can't wait to try out new schemes for half-court," Ayo added.

The 43-year old returns to the coaching scene after he resigned from his post as head coach of the University of Santo Tomas after he was accused of leading a “bubble” training camp for the Growling Tigers in Sorsogon at the height of the quarantine period.

Manila Chooks TM cannot have chosen a better successor as Ayo has been a proven winner in each and every program he has handled.

"Coach Ayo is my personal choice," said BAVI president and 3x3 patron Ronald Mascariñas. "He is the most decorated coach in college right now and we are excited that he is now here with us."

In just his first year at the helm of the respective programs, the fiery mentor known for his “mayhem” brand of basketball steered Letran and La Salle to the NCAA and UAAP championships.

Ayo then moved on to UST, which he rejuvenated en route to a first Finals in four years.

Ayo is already learning the ropes of this new sport, but will not yet join Manila Chooks TM as they see action in the Doha Masters of the 2020 FIBA 3x3 World Tour later in the month.

The one-time NCAA and UAAP champion coach's first formal training session with Munzon and company has been penciled in before the year ends.