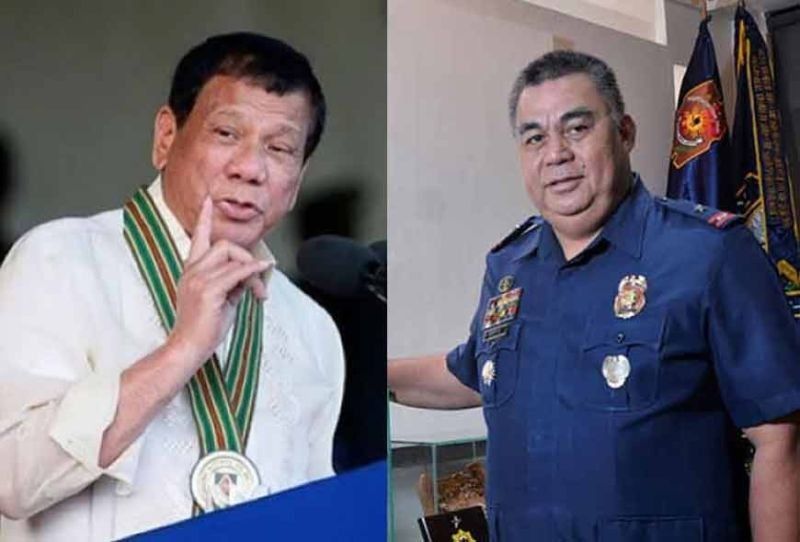 INTENSIFY the crackdown on illegal drugs, criminality, insurgency and terrorism.

These were the marching orders given by President Rodrigo Duterte to new Philippine National Police (PNP) Chief Debold Sinas, according to Department of the Interior and Local Government Secretary Eduardo Año.

“Dapat i-set din niya ‘yung standard sa performance, professionalism at discipline at dapat na every policeman counts at there must be no room for scalawags,” he added.

(The President emphasized two things: the war on drugs and campaign against the communists. General Sinas should also set the standards for performance, professionalism and discipline as well as ensure that every policeman counts. There must be no room for scalawags.)

The turnover of command will be held in Camp Crame in Quezon City.

Año said the charges filed against Sinas and 18 other officers of the National Capital Region Police Office (NCRPO) for violating quarantine protocols has no relevance to his appointment as PNP chief.

He said the charges for violation of the Bayanihan to Heal as One Act, City Ordinance No. 12 in Taguig City and Republic Act 11332, or the Mandatory Reporting of Notifiable Diseases and Health Events of Public Health Concern Act were under preliminary investigation and have not been filed in court.

(The President has absolute discretion and authority to choose the PNP chief from among the PNP generals. He doesn’t need to explain. If he says he has trust and confidence in this person, let's give that person a chance.)

Sinas and the other officers were charged before the Taguig Prosecutor’s Office for holding a mañanita to celebrate his 55th birthday celebration in May, when Metro Manila was still under enhanced community quarantine and mass gatherings were prohibited.

President Duterte earlier vouched for Sinas, saying that had he known about the plan to hold a mañanita for him, he would have immediately called it off.

Sinas was also criticized for the spike in alleged communist killings in Central Visayas during his stint as the regional police office chief. The incidents were brought up in a Senate investigation in 2019.

In July 2020, Sinas again made the headlines after allegedly harassing the family of a retired police officer over a land dispute.

For Cascolan, Sinas is a good policeman and public servant despite his shortcomings.

"There are a lot of things he did. Maybe there were some shortcomings but generally, he has done good," said Cascolan.

Cascolan earlier urged the men and women of the PNP to rally behind the leadership of Sinas, the 25th chief of the PNP.

He said Sinas brings with him a sterling track record in administrative management with vast experience in police operations, and a well-rounded career pattern in all his command, staff and training assignments in Luzon, Visayas, Mindanao and Metro Manila.

He also expressed confidence in Sinas’ command management of the PNP to sustain the momentum of the four-pronged national campaign against crime, illegal drugs, terrorism and corruption.

“General Sinas needs all the support and strong commitment of the PNP Officer Corps and rank-and-file for him to effectively discharge his duties and functions as Chief PNP,” Cascolan said.

“In a dynamic organization like the PNP, only the players are changed, but the strategic vision remains constant and endures until the endgame in year 2030 when we shall have completed our journey to complete organizational development and service excellence,” he added.

“20 years ago, on November 16, 1999, critics hit my appointment as CPNP. It was a tough challenge I swore to hurdle if only to prove my critics wrong. I hope CPNP Debold Sinas thinks exactly the same,” he said.

Prior to his appointment as the top cop, Lacson was implicated in the Kuratong Baleleng rubout case in 1995 and the Salvador "Bubby" Dacer murder case in 2000.

Charges against Lacson were dismissed by the Court of Appeals and the Supreme Court upheld the decision.