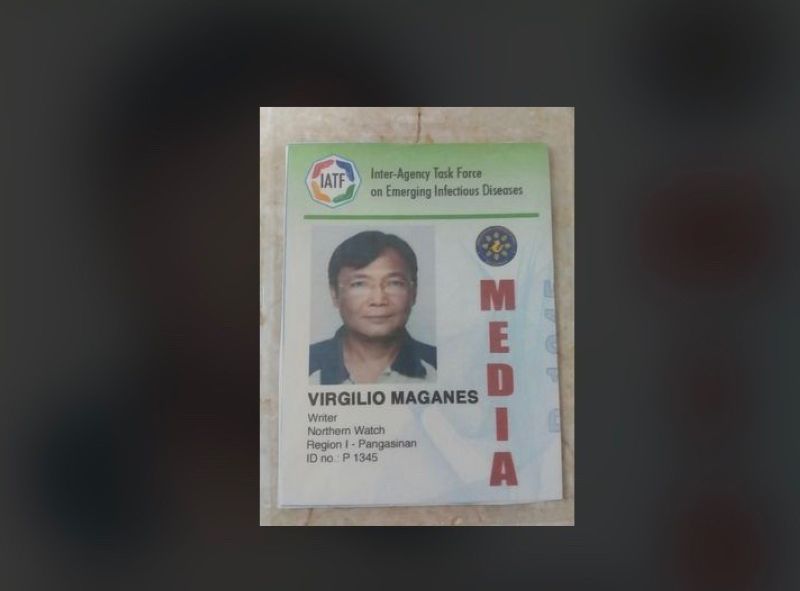 A RADIOMAN was killed on Tuesday morning, November 10, 2020, in front of his house in Villasis in Pangasinan.

In a report, the Pangasinan Police Provincial Office identified the victim as Virgilio Maganes, 62, a radio commentator for radio station dwPR.

Police said Maganes was about to enter his residential compound in Sitio Licsab in Barangay San Blas at around 6:45 a.m. when unidentified men approached him and shot him six times. He died instantly.

Maganes survived an ambush in November 2016 after he played dead when motorcycle-riding gunmen shot him as he boarded a tricycle.

A sign was left near him that said, "Drug pusher, huwag pamarisan.”

The National Union of Journalists in the Philippines (NUJP) said the signage was to an attempt to divert attention from the real motive for the ambush.

The group slammed the killing of Maganes. He was the 18th journalist murdered during the Duterte administration and the 190th since 1986. (SunStar Philippines)