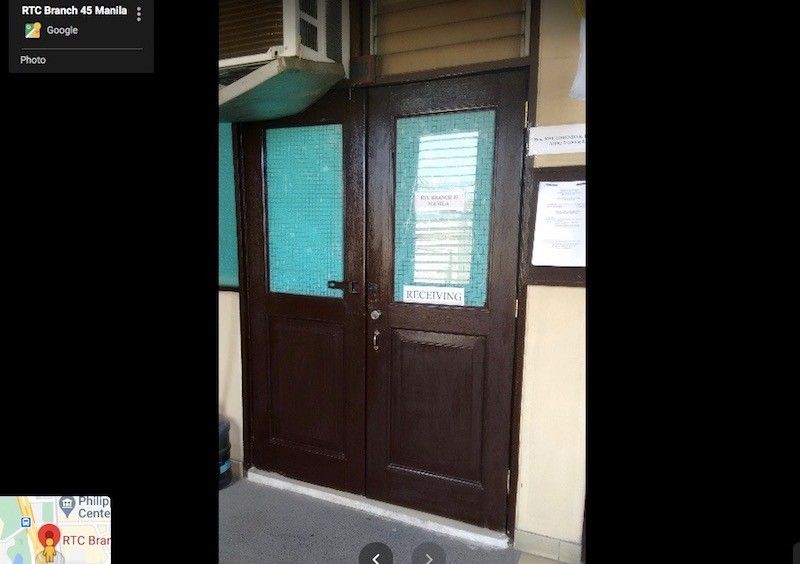 (UPDATED) A trial court judge in the City of Manila died after she was shot inside her office by her clerk of court, who also killed himself on Wednesday, November 11, 2020.

Abadilla was brought to the Manila Medical Center, but was declared dead 30 minutes later, or at around 3:15 p.m. Wednesday.

Rebato shot himself and died instantly.

(The suspect, who was a trusted staff of the victim, was reportedly going to tender his resignation. That’s the only information that we have right now. Investigation is still ongoing.)

A report by the Manila City Security Force to Mayor Francisco Domagoso said a witness related that Abadilla was questioning Rebato over his performance prior to the shooting.

Rebato had reportedly contracted coronavirus disease 2019 (Covid-19) and his absence had affected his performance.

Supreme Court Chief Justice Diosdado Peralta, in a statement, described the passing of Abadilla as a big loss to the judiciary.

"I personally know her to be an upright and highly competent magistrate," Peralta said.

He said Abadilla was a law clerk in the Supreme Court for more than a decade before she became an RTC judge.

Peralta said he has directed the court administrator to employ stricter security measures in all courthouses to prevent similar incidents. (SunStar Philippines)