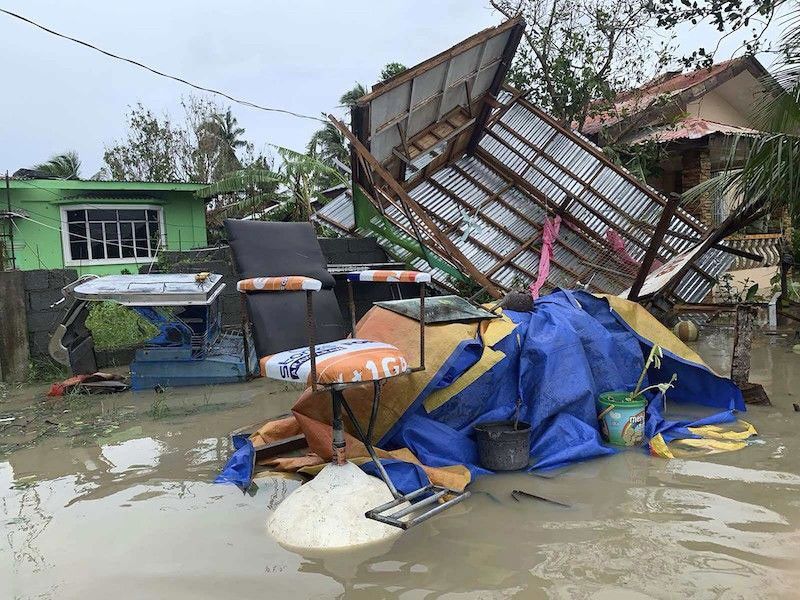 THE City Government of Davao has extended another batch of financial assistance to three areas in Luzon affected by Typhoon Quinta.

The City Government will utilize a portion of the 30 percent Quick Response Fund (QRF) out of the five percent Disaster Risk Reduction and Management Fund (Calamity Fund) of the City Government for the year 2020.

All of these areas are declared under a state of calamity due to the massive damage incurred by the typhoon.

Davao City Mayor Sara Duterte-Carpio said Quezon was not included in the previous batch of financial assistance because the Provincial Board of the area has not yet convened and formally declared their area under a state of calamity.

The National Disaster Risk Reduction and Management Council (NDRRMC) recorded 22 deaths, 39 injured, and four missing caused by the typhoon in its October 30 report.

The Council also granted the local government the authority to extend financial assistance to typhoon stricken areas in Luzon.

The local body convened on Friday, November 6, through a special session, granting the local government the authority to extend a total of P7.5 million financial aid to areas hit by Typhoons Quinta and Rolly.

The provinces of Oriental Mindoro, Batangas, Albay, and Marinduque will each be receiving P1 million, while the city of Batangas will be receiving P500,000.

For the areas affected by the recent Typhoon Rolly, provinces of Cavite, Camarines Sur, and Catanduanes will each receive P1 million.

Currently, the country is bracing for Typhoon Ulysses.

Meanwhile, the Philippine Atmospheric, Geophysical and Astronomical Services Administration (Pagasa) said four more storms could enter the PAR before the end of the year.

With this, Duterte-Carpio reminded Dabawenyos to be vigilant and prepare themselves for the possible onslaught of a typhoon which may also possibly hit Mindanao.

"Most likely, maka-abot gyud ta og letter Z. Mag-remind lang ta sa tanang Dabawenyo nga dili nato ma-predict ang path sa bagyo (the typhoons that might hit the country would reach until the letter Z [typhoon name]. That is why I'm reminding Dabawenyos to brace themselves as we do not know the path of the typhoon)," the mayor said.

She also reminded those living in flood-prone areas and near rivers to coordinate with their Barangay Disaster Risk Reduction and Management Committee in case a pre-emptive evacuation will be ordered.