OCD denies it was caught flat footed by ‘Ulysses’ 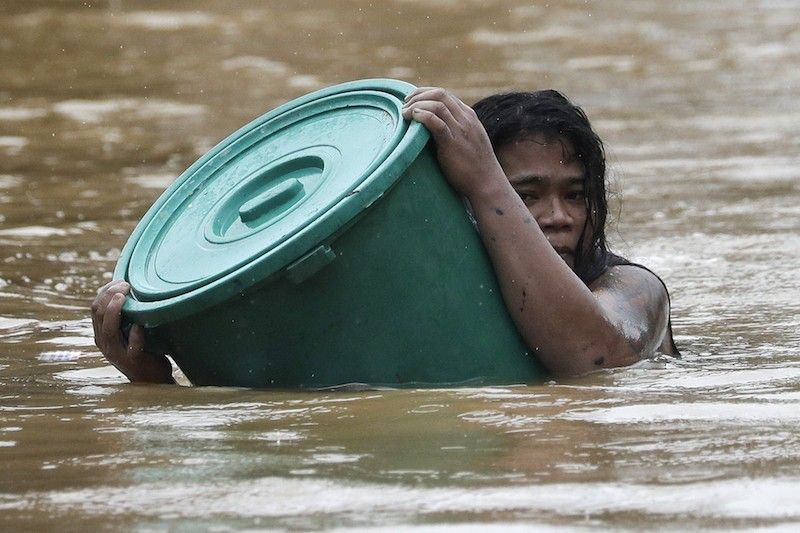 MANILA. A resident uses a plastic container as a floater while negotiating rising floodwaters in Marikina City due to Typhoon Ulysses (Vamco) on Thursday, Nov. 12, 2020. (AP) 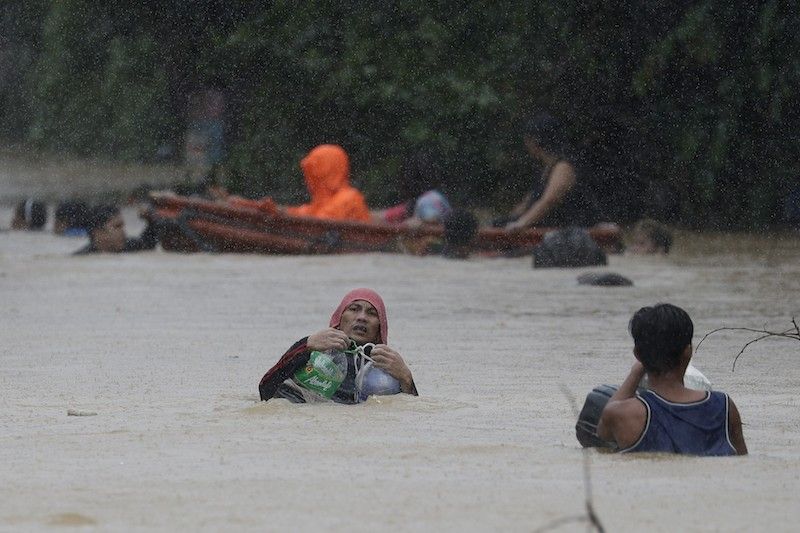 MANILA. A man uses plastic containers to keep him afloat as he crosses flooded road in Marikina City due to Typhoon Ulysses (Vamco) on Thursday, Nov. 12, 2020. (AP)

THE Office of the Civil Defense (OCD) on Thursday, November 12, 2020, denied that it was “caught flat footed” by Typhoon Ulysses (Vamco), which caused massive flooding in Metro Manila and neighboring provinces.

He said preemptive evacuation was conducted as early as Tuesday, November 10, in areas lying along the projected path of the typhoon.

He said this is not the time for a blame game.

"Ang isa talagang limitation ng science at times would be the volume of rains that comes with the typhoons. We can predict the strength, ‘yung lakas ng bagyo, ‘yung bilis at yung kaniyang gustiness, but the volume, makikita lang yan once na nag-touch. So forecasting naman ng Pagasa, sa tingin ko, they have used the models. May deviation man siguro nang kaunti but it's not that far," said Monilla.

"I guess it's not time for us to point fingers. I'm sorry to say that. But what we are focusing [on] now is the conduct of the rescue operations. Let us finish the operations, we save lives first then saka na siguro natin pag-usapan yan," he added.

In its advisories, Pagasa has consistently warned of intense to at times torrential rainfall due to Typhoon Ulysses.

On Wednesday night, it issued a red rainfall warning over Metro Manila and the provinces of Quezon, Bulacan, Rizal and Laguna. A red warning means “serious flooding” in flood-prone areas.

Mayor Marcelino Teodoro of Marikina City, one of the worst hit areas, said the flooding is worse than that caused by Typhoon Ondoy in 2009, which also trapped residents on their roofs.

Teodoro, in a radio interview earlier Wednesday, said they were overwhelmed.

He sought the assistance of the national government, particularly the Philippine National Police (PNP) and the Metropolitan Manila Development Authority (MMDA) for the rescue of their residents.

Monilla reiterated that concerned government agencies were warned and informed about the series of weather systems which may affect the country. “Ulysses” was the third tropical cyclone to pound almost the same areas in Luzon in the last three weeks, after “Quinta” (Molave) on October 25 and “Rolly” (Goni) on November 1.

In response to those blaming the Pagasa for failing to provide adequate and efficient information about Typhoon Ulysses, he said he could not say whether the bureau actually fell short.

Meantime, Monilla said the flooding being experienced in various parts of Metro Manila may worsen as the Angat, Ipo and La Mesa dams were expected to release stored water.

The Armed Forces of the Philippines (AFP) and the Philippine National Police (PNP) earlier assured assistance, particularly the conduct of rescue operations in the affected areas.

Meanwhile, Defense Secretary and NDRRMC chair Delfin Lorenzana said "huge damage" was apparent from the initial information that was gathered.