The amazing Guinam-an falls in Murcia 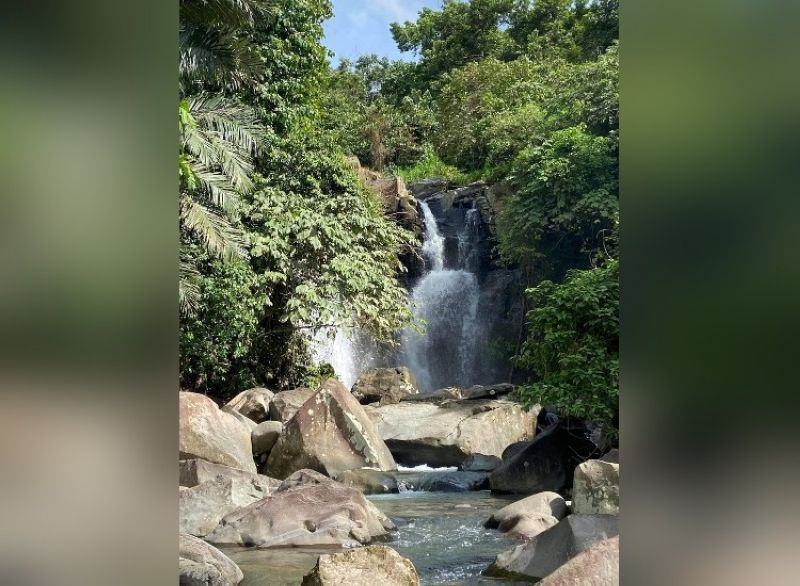 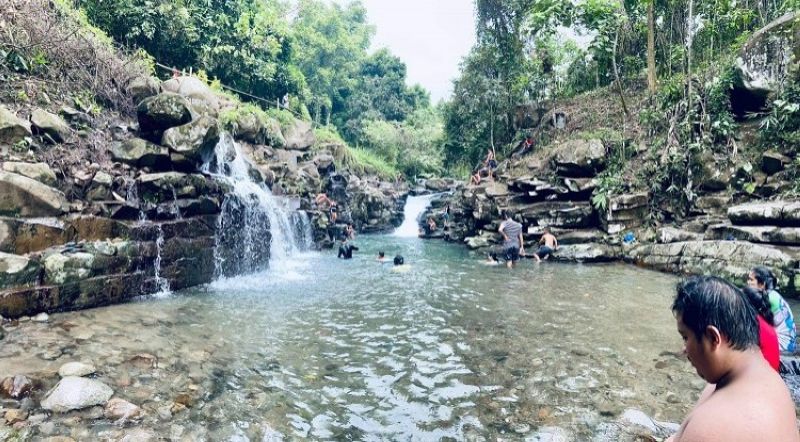 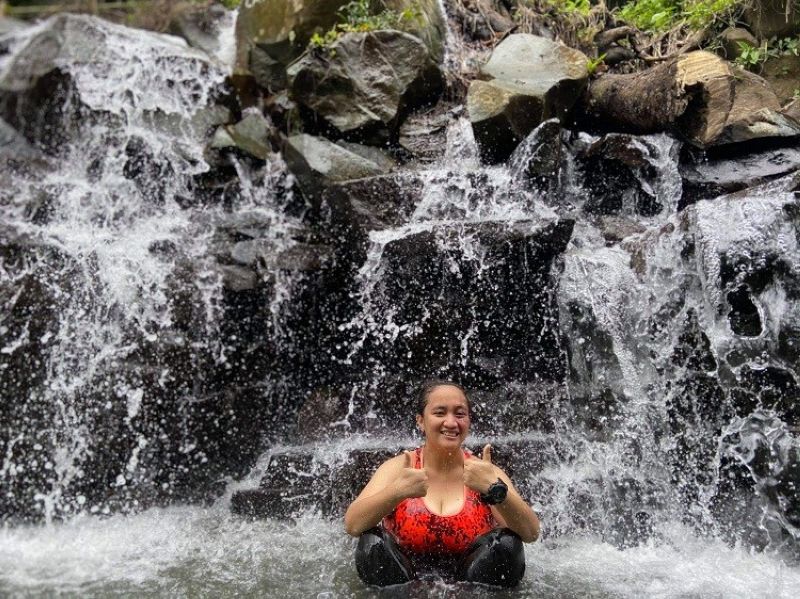 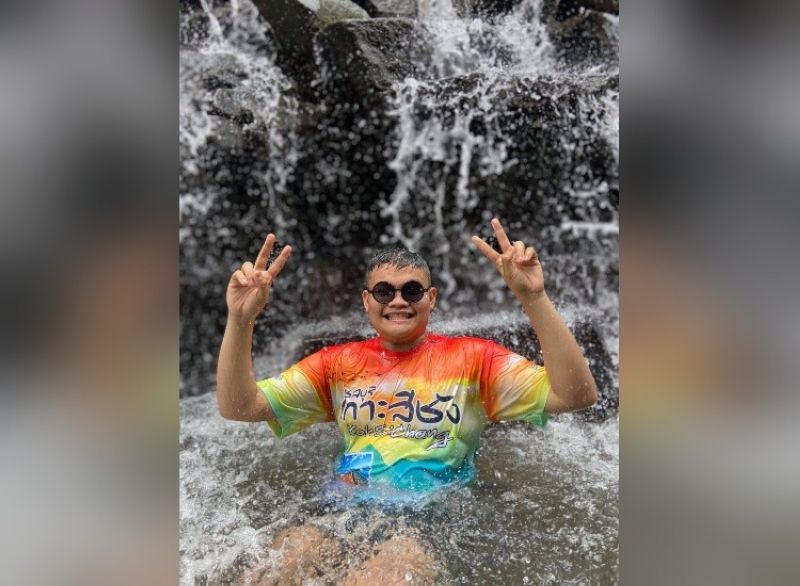 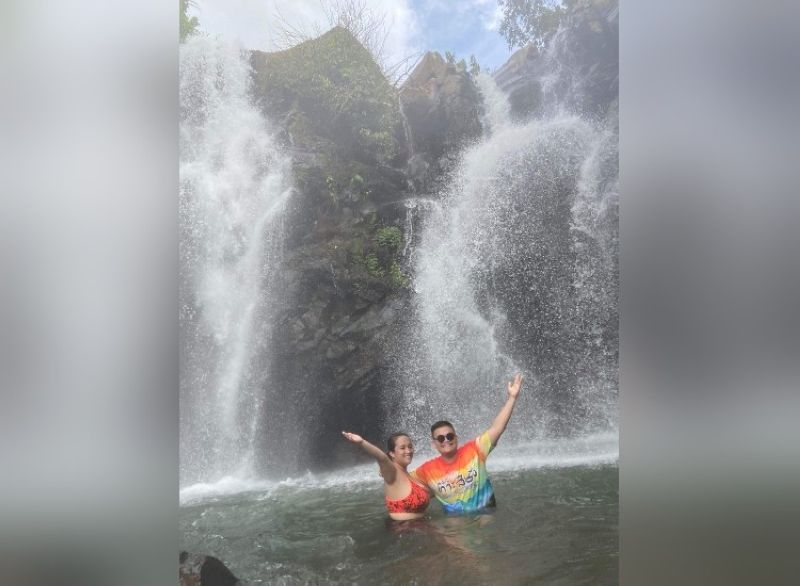 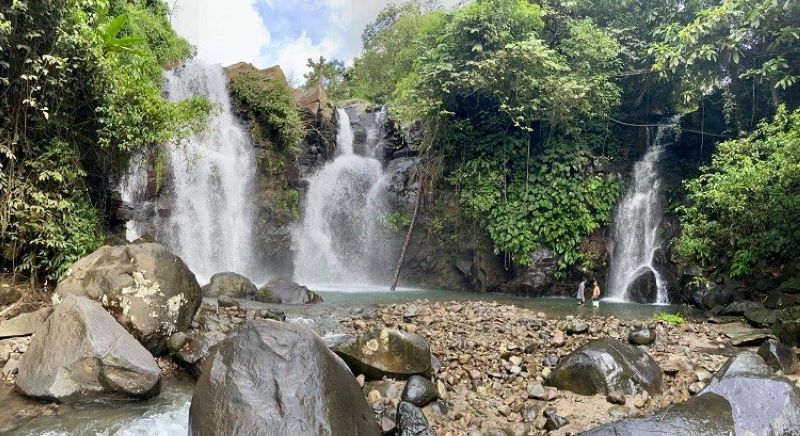 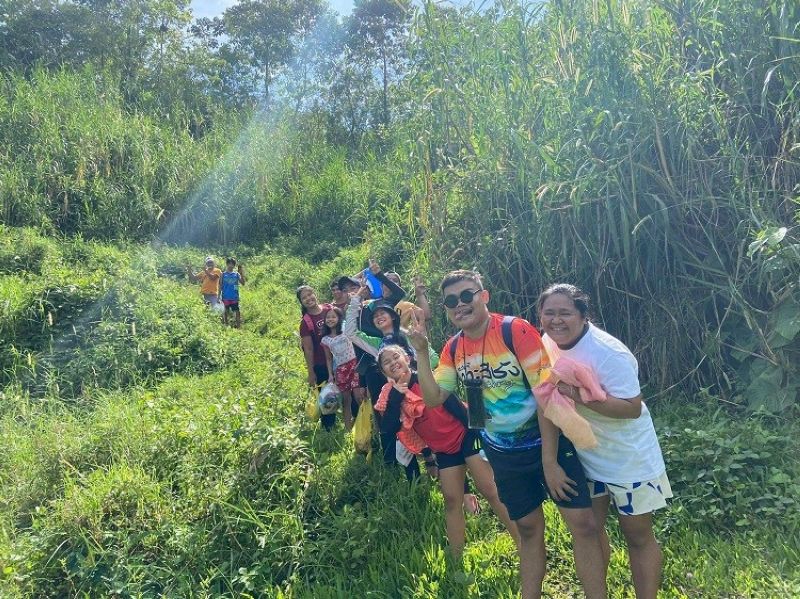 THE TREKKERS: With their cousins and relatives. (Danicah Therese & Dhels Jaster photo)

GOD'S beautiful creations are usually uncovered in places that are less traveled.

One can discover the beauty of nature when it is pursued.

Getting to Guinam-an Falls in Barangay Canlandog in the town of Murcia, Negros Occidental compels a traveler to undergo a rough ride in a single motorcycle matched with a corresponding trek heading to the place.

Siblings Danicah Therese and Dhels Jaster, daughter and son of Sunstar Bacolod journalist Teresa Ellera, along with their cousins and other relatives went on a weekend adventure to the waterfalls they called: "The hidden treasure."

The young ones were excited to go to the place to loosen up, but unexpectedly, they were exploring a hidden paradise where they sweat out riding and walking to the place for more than two hours.

There were times that they had to unload from the motorcycle as the road stood quite impassable. So the travel was a combination of riding and walking with a short shoving to propel the motorcycle to pass the rough and rocky road.

Going there had induced laughter and at the same time sweating which was strenuous. But of course, no paradise is situated in an effortless setting.

There were more or less ten of them who traveled to the waterfalls and when they got there, they said they almost forgot what they had gone through as the view was amazing. It was a paradise with its mysterious beauty and treasure.

"Going there would take more than 12,726 steps with the mountains right beside us, with very rich vegetation and sweat almost soaking our clothes. We all knew it was worth it," said Dhels Jaster.

The Guinam-an Falls was one of the places that made them beaming with pride as Negrenses and Filipinos, he said.

"Looking at the waterfalls was so calming as the freshwater droplets touched our skin. We felt like reaching a paradise like no other. It was truly a hidden treasure that we hiked on," he further said.

Danicah Therese was also delighted to reach the place, as commonly, they go to places that are already discovered by many people.

The experience was indeed amazing, she shared, adding she has not expected that the place was so lovely to see and be enjoyed.

"Plunging into a cold spring relaxes the mind and body. It made me dump all my cares in life and I was subtly renewed with gratitude and vitality," she said.

"It was an amazing adventure. A great one and when given the opportunity again, we might come back and just have our appreciation of God's beautiful creation. It was worth the effort," she added.