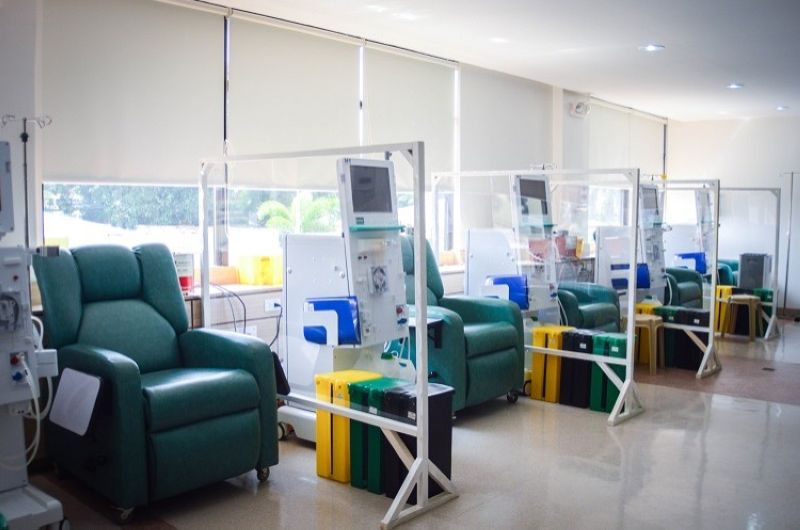 “What we have been doing for the past two years is really aligning the services of TMC Ambulatory Services to TMC Clark so that they will complement each other. We started with the exteriors and then the interiors,” Dr. Jabson said.

Other plans for TMC Ambulatory Surgical Center include the acquisition of a hyperbaric oxygen chamber and the reactivation of the operating room “later on when the TMC Clark operating room is saturated already.”

“So you can really expect this facility to improve and grow along with the services of TMC Clark within the next few months,” he added.

In his remarks after the ribbon cutting and blessing ceremonies, Ramos reminded attendees that Covid-19 was not the only pandemic that the country had to deal with. Due to Covid-19, Ramos said “we have forgotten the other epidemics that have been with us for a long time and this is the epidemic of chronic lifestyle diseases, especially diabetes.”

“Diabetes is already an epidemic and it is not necessarily related to family history but it is related to lifestyle. Diabetes clogs up our kidneys because our kidneys are the ones that filter blood,” Dr. Ramos said. “This disease is developed over time without symptoms and so that is precisely why now you have a lot of people who have chronic kidney diseases that would require hemodialysis.”

He added that TMC would like to work with the CDC “in terms of how we can further improve the productivity of the people who work here.”

“We not only want to help them avoid the need for dialysis; we also want to promote well-being and wellness,” he said. “Health is not only important in the progress of the country but also in terms of just basically productivity.”

“TMC Clark will be pivoting to address the needs of Clark and may be around the area of Pampanga," Ramos added. (PR)