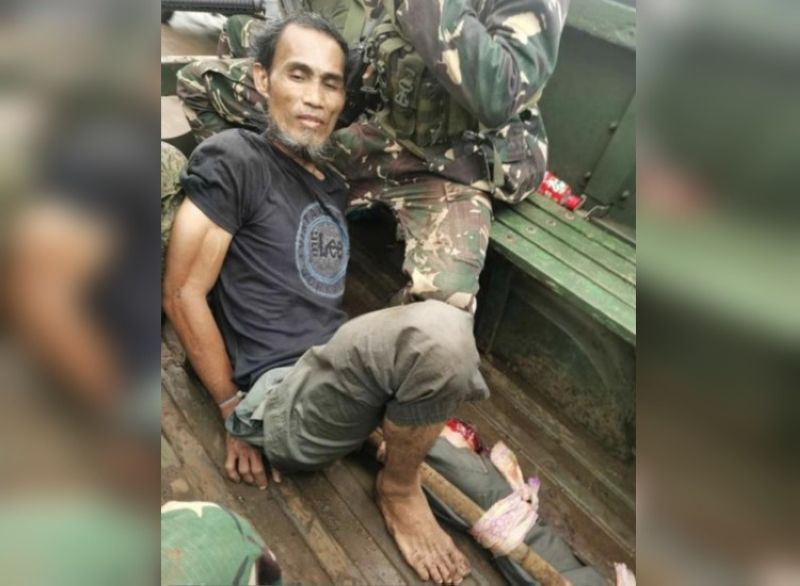 AN ABU Sayyaf bandit was killed while another was wounded and captured in separate clashes with government troops in the provinces of Basilan and Sulu, officials announced Friday, November 13, 2020.

Vinluan said Salajim was killed in a shootout that ensued when the troops raided his hideout around 5:30 a.m. Friday in Etub-Etub village, Sumisip, Basilan.

“Upon reaching the area, the subject (Salajim) immediately fired upon our dismounting troops. Our soldiers were forced to return fire, which resulted in the death of Salajim,” Vinluan said.

He said the troops have recovered an M-16 Armalite rifle from the possession of Salajim.

Gobway Salajim is the seventh Abu Sayyaf member killed during an encounter since January 2020.

Vinluan said Ullah was wounded during a 10-minute clash that broke out around 4:30 p.m. Thursday in Sitio Tubig Kawas in Latih, Patikul, Sulu.

He said that the clash ensued when the troops of the 6th Special Forces Battalion chanced a group of Abu Sayyaf bandits while they were scouring Sitio Tubig Kawas in Latih village.

Vinluan said the Abu Sayyaf bandits fled, but Ullah was captured when the troops pursued the fleeing bandits.

He said Second Lieutenant Jhonny-Ric Bregonia, commander of the 17th Special Forces Company, reported that Ullah was determined to fight until his last breath and urged soldiers to kill, but they instead applied first aid to the captured wounded bandit.

Caido said Ullah will undergo custodial debriefing while recovering from the wound he sustained at the calf of his leg.

“The Joint Task Force (JTF) Sulu continues to abide by the rules of engagement and maintain professionalism in instances such as this. We make it a point that even captured enemies are treated humanely. We provide them medical treatment if they need it. Hopefully, Amah Ullah will come to his senses and cooperatively aid in our pursuit of peace here in Sulu,” said Major General William Gonzales, JTF Sulu commander. (SunStar Zamboanga)