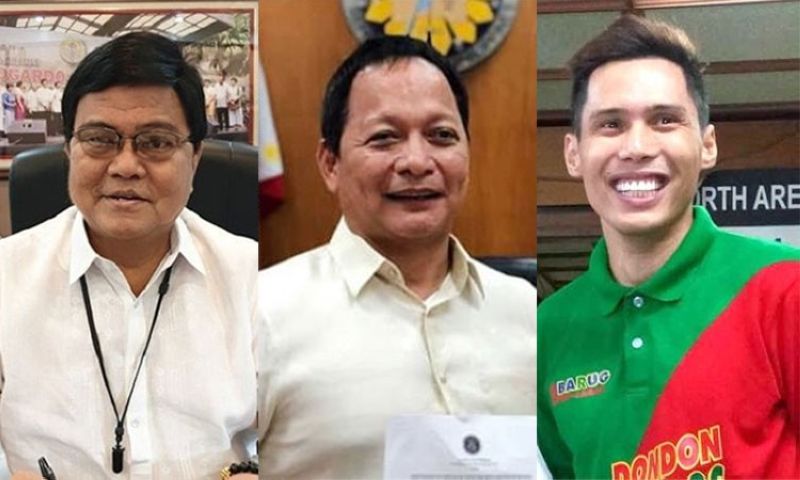 [1] If ever a lockdown is imposed again in the city, it will be "granular," not city-wide or even barangay-wide, and will be confined to a house, a family or a sitio where the infected persons are located.

[2] The mayor told "our people at EOC" (Emergency Operations Center) to engage in "less talk and do more work";

[3] It is the mayor who decides and has the "final say" on any lockdown, after consultation with police, Department of Health, and barangay officials.

Earlier, Councilor Joel Garganera, deputy chief implementer of Inter-Agency Task Force who heads the city's EOC, warned that if residents would not observe health protocols against Covid-19 "we will be surprised to celebrate Christmas under ECQ."

Labella said he won't take it against Garganera for speaking out about the crisis as anybody, the mayor says, can express his opinion.

The councilor did not say or imply that he at the local IATF will decide and apparently he gave the warning to help educate people on health standards and remind them "not to be complacent." Communicating with the public is part of the work.

Mayor Labella himself gave the same advice at the press-con, minus the threat of a return to ECQ. But he made his point twice as he emphasized on the authority to impose the lockdown and the need for "less talk, more work" at EOC.

Most things are possible

Mayor Labella was asked if it was "possible" for the lockdown to return. The mayor must have suppressed his annoyance at the question since most things in the world are possible. Maybe an ECQ is improbable although Garganera, who works against Covid-19 up close, sees it as probable and, of course, possible.

Footwear and 'bouncing back'

JS Footwear has promised to "bounce back" after its opening last Wednesday, November 11, at its store along Sanson Road in Barangay Lahug made a super-loud thud, or crash.

It is indefinitely closed. The mayor has ordered City Attorney Gealon to look into the violations of the store owners who, before talking about bouncing back and making a leap, should face its legal problems with City Hall and Department of Trade and Industry.

Basketball star Dondon Hontiveros -- who's the No. 1 councilor in Cebu City's south district (161,347 votes against Councilor Dave Tumulak's 156,755 votes) -- was asked during the City Council's November 11 session for his comment on an issue, with presiding officer Vice Mayor Mike Rama soliciting the remarks from the Sanggunian members.

Before Hontiveros could answer, VM Mike, as he often does, supplied the comment. The councilor, seeing that Rama had just put words into his mouth, accepted them, saying Mike is "mas experienced, mas gwapo." If he were on court, he was returning the pass.