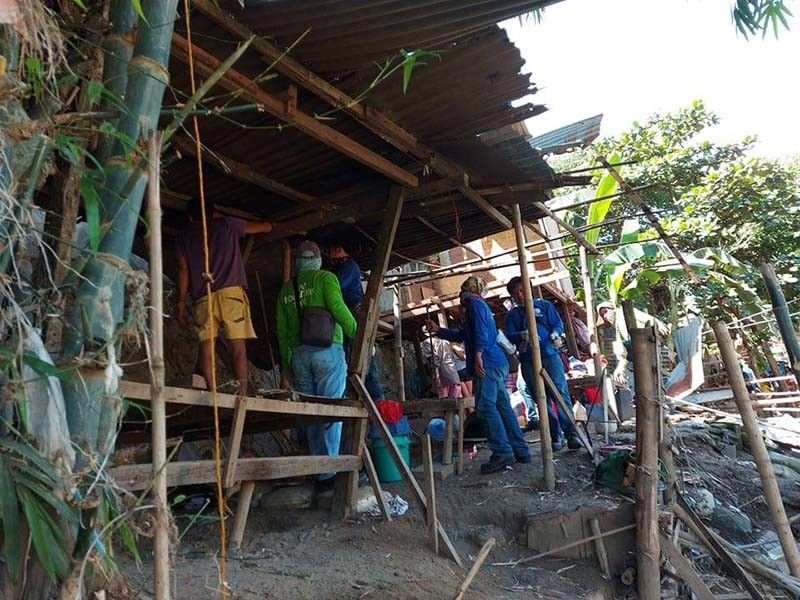 FIVE houses that encroached into the three-meter easement area of Butuanon River in Barangay Alang-Alang, Mandaue City were demolished on Friday, Nov. 13, 2020, as a precaution against heavy flooding that may endanger the lives of residents.

Gerard Glenn Gobalani, head of the Barangay Alang-Alang Disaster Risk Reduction and Management Office (BDRRMO), said the houses were at risk of being swept away during intense rains or typhoons.

He recalled that one house within the easement was carried away by the current when the river overflowed on Oct. 13, 2020. Fortunately, no casualties were reported because they had enforced preemptive evacuation.

In an interview with SunStar Cebu, Gobalani said they asked for assistance from the Housing and Urban Development Office (Hudo) in the demolition of the houses in Sitio Li-ong. Ten families were affected.

Gobalani said all houses encroaching into the easement were demolished during the past administration. But the residents rebuilt their houses just a few months after these were torn down.

Jovelin Ople, 55, one of the owners of the demolished houses, requested the Hudo staff to put off the demolition because her family has nowhere to go and Christmas is approaching.

She said her family has been residing in the area since she was 24. Their house was among those demolished by the past administration.

Ople said they were transferred to Sitio Lower Basement, but their house was demolished again, prompting her family to rebuild their house in Sitio Li-ong.

Ople said she received P10,000 in financial assistance from the City Government when their house in Sitio Lower Basement was demolished.

Tony Pet Juanico, head of Hudo, said informal settlers who have already received financial assistance from the City Government or were moved to a relocation area can no longer expect additional assistance.

However, for humanitarian reasons, Juanico said they will endorse the owners of the demolished houses to the City Social Welfare and Services for enlistment under the Balik Probinsya program.

Juanico said this will be the last time that the City Government will provide them with assistance.

He warned that if they return, they will be declared as professional squatters.

The term refers to individuals or groups who occupy lands without the consent of the landowner and who have been awarded housing units which they have sold or leased out to settle illegally in the same place or in another area.

Article 51 of the Water Code of the Philippines, or Presidential Decree 1067, designates a zone of three meters throughout the entire length of a river in an urban area as subject to easement of public use.

It adds that “no person shall be allowed to stay in this zone longer than what is necessary for recreation, navigation, floatage, fishing or salvage or to build structures of any kind.” / KFD