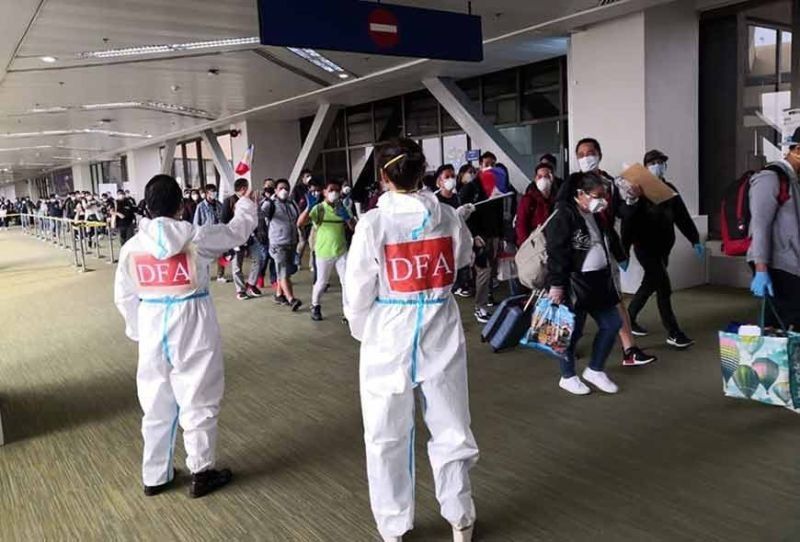 STILL reeling from the economic effects of the Covid-19 pandemic, members of the Hotel, Resort and Restaurant Association of Cebu (HRRAC) need to overcome yet another hurdle — collecting full payments from the Overseas Workers Welfare Administration (Owwa) for the use of their establishments.

HRRAC president Carlo Suarez said at least 20 of their 37 member-hotels that had accommodated overseas Filipino workers (OFWs) who had returned home have not yet been fully paid by Owwa.

“Most of the accounts are still not fully paid, and the debts are rising to millions of pesos already,” Suarez told SunStar Cebu on Friday, Nov. 13, 2020.

While Owwa has been paying partial amounts, the HRRAC members want the agency to pay in full to cover the cost of operations.

“Most of the hotels now in Cebu are telling Owwa to settle their balance first before we accept more OFWs,” Suarez said.

Labor Secretary Silvestre Bello III, in an online briefing on Wednesday, Nov. 11, said Owwa has paid more than half of its P241 million in bills to hotels.

This, as hotels warned they would not accept OFWs until the debts are settled.

Operating a hotel during a pandemic is more costly as additional health protocols are enforced.

Suarez lamented that hotel occupancy rates during weekdays are only at three to eight percent.

As of October 2020, he said that 37 HRRAC member-hotels continued to operate while four have closed.

“We are looking at the last quarter of 2020 for our domestic market to gear up while another year for the international market,” he said in an earlier interview.

Suarez said hotels are still in “survival mode” as consumer confidence remained low because of the fear of transmission of the new coronavirus.

To boost the tourism industry, Suarez urged local government units and the Inter-Agency Task Force for the Management of Emerging Infectious Diseases (IATF) to slowly ease travel restrictions as well as the age of persons allowed to go out.

With current restrictions on children below 15 years old and seniors above 65 years old, a huge chunk of the travel market is affected as families are one of the hotels’ biggest markets.

Even the number of OFWs coming home has lessened because most have already been flown to their hometowns.

The OFWs were earlier brought to different hotels and accomodation places in Cebu City for isolation before their return to their respective homes.

Owwa assured it would shoulder the cost of the OFWs’ stay.

Enclonar said they already paid some hotels in Cebu that accommodated arriving OFWs since April 2020 during their quarantine period.

But others still have to accomplish the required documents needed in the billing process, said Enclonar.

She said aside from the billing statement, the hotels also need to attach a copy of the billeted OFW’s passport.

She said Owwa has to verify if the names that were billed to the agency are really Owwa-registered OFWs.

She assured that in Central Visayas, payment to hotels and accommodation places will not take very long.

“Majority of the arriving OFWs have lost their jobs already. So you cannot expect them to pay for the hotels (during quarantine). If ever they have the money, they would rather spend it on their families,” she said.