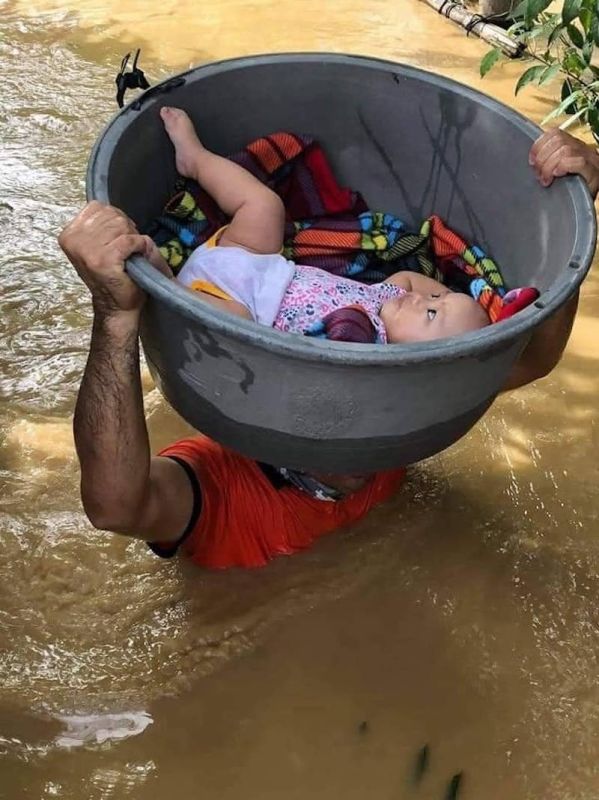 AUTHORITIES have launched massive rescue operations in Cagayan and Isabela provinces in northern Luzon as typhoon-induced floodwaters continued to rise with the release of more water from the Magat Dam, which has caused the Cagayan River Basin to overflow.

Vice President Leni Robredo, in a Twitter post Saturday morning, November 14, 2020, said she was informed by the Cagayan Police Provincial Office that rescue operations were being conducted since 2 a.m. Saturday.

The Philippine Coast Guard (PCG), in its Facebook posts, said they have rescued nearly 300 individuals in Tuguegarao City, and in the towns of Claveria and Gattaran in Cagayan as well as in Tumauini, Isabela.

Officials said 24 out of Cagayan province's 28 towns and one city were flooded due to the typhoon. This was worsened by the Magat Dam releasing water.

"While some show increased resilience and determination in the face of difficulty, we encourage those who are capable of extending help to reach out to our needy brothers and sisters," said Baccay over Church-run Radio Veritas.

Caritas Philippines executive secretary Fr. Antonio Labiao said the assistance currently being provided by the Archdiocese of Tuguegarao won't be sufficient to help the people.

"In Cagayan, people, children, elderly, and the vulnerable are crying out for help, while some have died already. The Catholic Church, especially the Archdiocese of Tuguegarao, is mobilizing all its resources to reach Cagayan Valley the soonest. But we cannot do this without everyone’s help," said Labiao.

At around 3:30 a.m. Saturday, the PCG said it deployed the first convoy of augmentation, composed of 10 rescue personnel, one multipurpose vehicle, one truck, and four newly procured rubber boats.

The second convoy, composed of two trucks, left for Cagayan and Isabela at around 9 a.m., after loading 20 drums of fuel for the two Coast Guard helicopters that will be used to conduct aerial extraction.

They are also equipped with two rubber boats and three generator sets, as well as 44 drums of fuel for the rescue assets and vehicles.

In a statement, Malacañang said the Philippine National Police (PNP) has also deployed 747 search and rescue personnel and 1,003 reactionary standby support force to Cagayan Valley as of 6 a.m. Saturday.

The Northern Luzon Command (Nolcom) of the Armed Forces of the Philippines (AFP) has also focused on search, rescue, retrieval and relief operations, sending two Huey helicopters to conduct operations in communities cut off by impassable roads.

Three water search and rescue teams, each with a rubber boat and four personnel, from the 505 Search and Rescue Group of PAF were also waiting at the Villamor Air Base to be airlifted by a C-130 coming from Mactan Air Base in Cebu.

Relief assistance was being provided by the Department of Social Welfare and Development (DSWD) and Department of Health (DOH), Malacañang added.

Pagasa has been issuing flood advisories for the entire Cagayan Valley region since Typhoon Ulysses (Vamco) pounded Luzon with intense rainfall and strong winds on November 11.

The typhoon also caused massive flooding in Marikina City in Metro Manila and three towns in neighboring Rizal province as well as in Bicol region and Quezon province. A total of 138,272 individuals have been rescued as of 8 a.m. Friday, according to the AFP. (Marites Villamor-Ilano with HDT / SunStar Philippines)