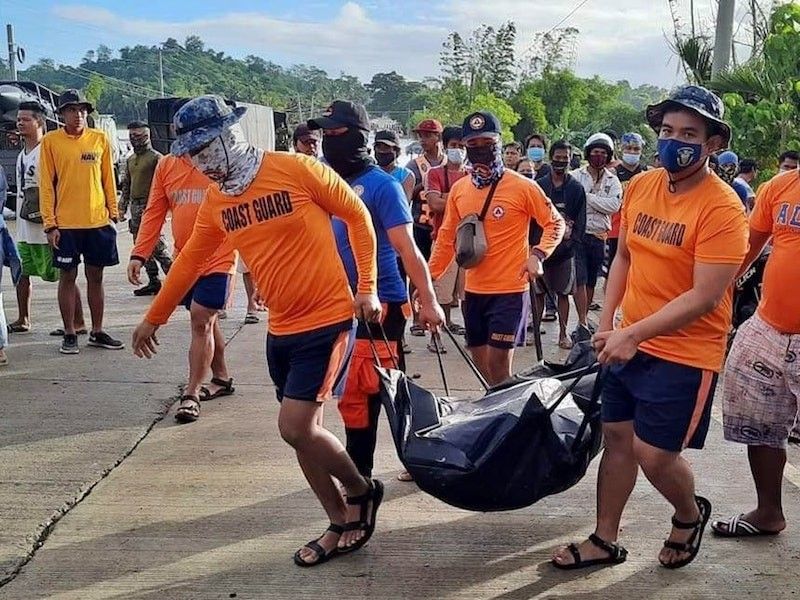 AT LEAST eight people died and nearly 180,000 individuals were affected by the massive flooding in Cagayan province, the Provincial Information Office (PIO) reported as of 6 p.m. Saturday, November 14.

At the National Disaster Risk Reduction and Management Council (NDRMMC), the death toll from the onslaught of Typhoon Ulysses (Vamco) has increased to 37 as of 5 p.m. Saturday. There were 22 injured and 15 missing.

It was not clear if the fatalities in Cagayan have already been included in the count.

In Cagayan, the PIO cited a Provincial Disaster Risk Reduction and Management Office report which said that a total of 295 barangays in 26 towns were engulfed in floodwaters wrought not only by Typhoon Ulysses but also by the opening of spillway gates of Magat Dam. Cagayan was not directly hit by the typhoon.

In some areas, like Barangay Linao East in Tuguegarao City, only the roofs of the houses were visible and the residents were trapped on their roofs.

Of the eight fatalities, four died in a landslide, two by drowning and two by electrocution.

The Philippine Coast Guard (PCG) reported on Sunday morning that they have recovered two bodies from Barangay Pared in Alcala town. One was a 49-year-old woman and the other was a 45-year-old man. I

Water and aerial rescue operations, which were launched before dawn Saturday in Cagayan and Isabela provinces, continued on Sunday, November 15.

Vice President Maria Leonor “Leni” Robredo, who has been forwarding requests for rescue to the Tuguegarao Rescue 111 since Saturday dawn, tweeted Sunday morning that she has arrived in Cagayan.

“Our team arrived a few hours earlier with supplies. Situation is so much better. Many areas still flooded but water receded already,” she said.

In a previous Twitter post, Robredo said rescue operations were suspended Saturday night because of zero visibility, and strong waves and current. The operations were to resume as the conditions improve.

Rescue operations were being conducted by the PCG, Armed Forces of the Philippines (AFP), Philippine National Police, Bureau of Fire Protection and the rescue teams from the local government units (LGU).

In a statement Saturday, the Department of the Interior and Local Government (DILG) said a total of 3,267 PNP and BFP personnel were deployed to Cagayan and Isabela provinces.

DILG Secretary Eduardo M. Año said that this consists of 1,087 police personnel in the various LGUs and 920 police officers from the Reactionary Standby Support Force of Police Regional Office 2 based in Tuguegarao City.

Another 1,260 BFP personnel deployed in all the LGUs of Region 2 together with 28 Emergency Medical Service and Special Rescue Unit personnel have also been mobilized and are currently conducting disaster response operations, he said.

The AFP said their troops conducted rescue and relief operations in the towns of Enrile, Alcala, Iguig, Amulung and Peñablanca.

As of 9 a.m. Sunday, only one spillway gate of Magat Dam was opened by two meters. State weather bureau Philippine Atmospheric Geophysical and Astronomical Services Administration (Pagasa), in an advisory, said this would likely affect nine towns.

Spillway gates are opened when the water level increases beyond the dam’s capacity to preserve its structural integrity. Opening Magat Dam's spillway gates caused the Cagayan River Basin, biggest river system in the country, to overflow.