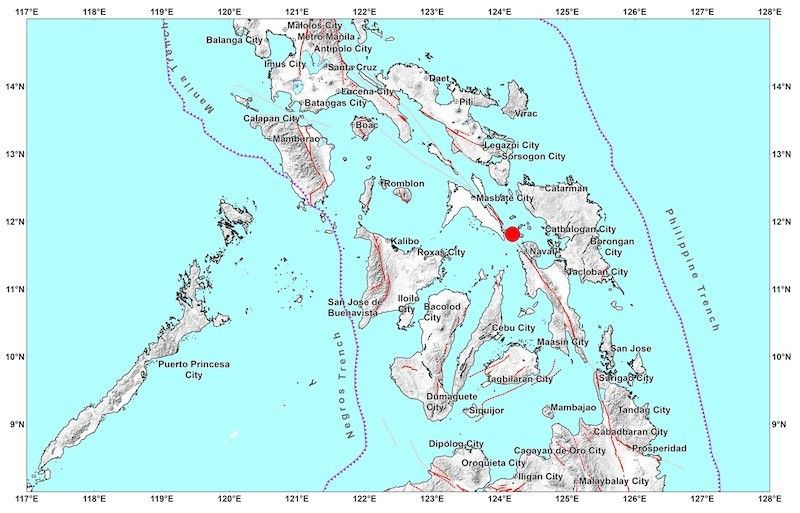 No damage was expected although aftershocks were possible, the Philippine Institute of Volcanology and Seismology (Phivolcs) said in an advisory.

The quake, centered around 18 kilometers southeast of Pio V. Corpuz town in Masbate, occurred at a depth of 18 kilometers at 2:35 p.m. Sunday.

It was felt at Intensity IV in Pio V. Corpuz and Cataingan, Masbate as well as in Almagro and Tagapul-an, Samar; Naval, Maripipi, Kawayan, Almeria in Biliran; Calubian, Leyte; and Medellin, Cebu.

It was also felt in other areas in the Visayas at the following intensities:

She said she thought she felt dizzy, but later realized there was an earthquake.