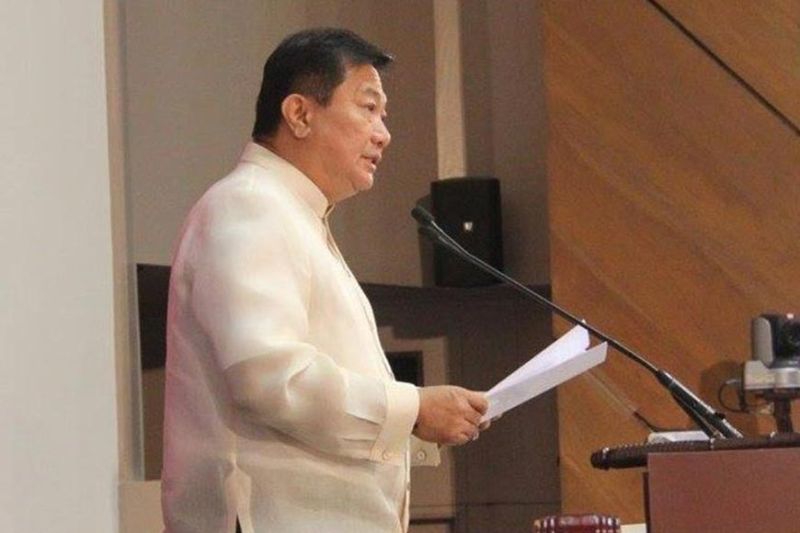 In a statement, Alvarez said he resigned from PDP-Laban because he intends to commit and pursue a voter’s education campaign for Filipinos given the importance of the 2022 elections.

"Unfortunately, serving as a ranking officer and member of PDP-Laban while simultaneously handling this advocacy may be misconstrued by critics as politicking by the party presently in power," the House representative said.

Alvarez also accepted the offer of former secretary Renato de Villa to lead as chairman and revive Reporma, a non-mainstream Party not affiliated with any personality reportedly seeking the Presidency.

"This way, the voter’s education campaign can proceed and rightly be perceived as politically neutral without risking possible backlash against PDP-Laban," he said.

The lawmaker also thanked PDP-Laban President Senator Aquilino “Koko” Pimentel III for allowing him to serve as secretary-general of the Party for almost half a decade.

He also appreciated the Party’s efforts in bringing to the attention of the nation the importance of empowering local governments as a prerequisite for a strong republic.

"Inspired by the example of Tatay Nene Pimentel, this is an issue that Rep. Alvarez, along with PDP-Laban, has likewise championed throughout his life especially since he is also a probinsyano who experienced the neglect felt by Filipinos living in provinces far away from Manila," he said.

Alvarez previously served as Speaker of the House during the first and second regular session of the 17th Congress from 2016 to 2018.

He was removed from his position in a surprise coup d'etat staged by House members on the day of President Rodrigo Duterte's third State of the Nation Address in July 2018, and replaced by former president and then-Pampanga representative Gloria Macapagal-Arroyo.

Duterte-Carpio had previously been vocal with her rift against Alvarez.

The Davao del Norte representative had also made rounds on national media after he said in a local radio interview that the government’s pandemic response “is a failure.”

Alvarez admitted in an ANC interview on September 23 that he was surprised that his statement made the rounds on national media.

(Nonetheless, let’s not fool ourselves. We all know that Covid-19 cases continue to surge. So what do we call this one? It would be odd that we call it a success. For me, in all honesty, it’s a failure. The approach and the way it was handled is a failure.)

Alvarez, during the interview, reiterated his call for the government to rethink its pandemic strategy.