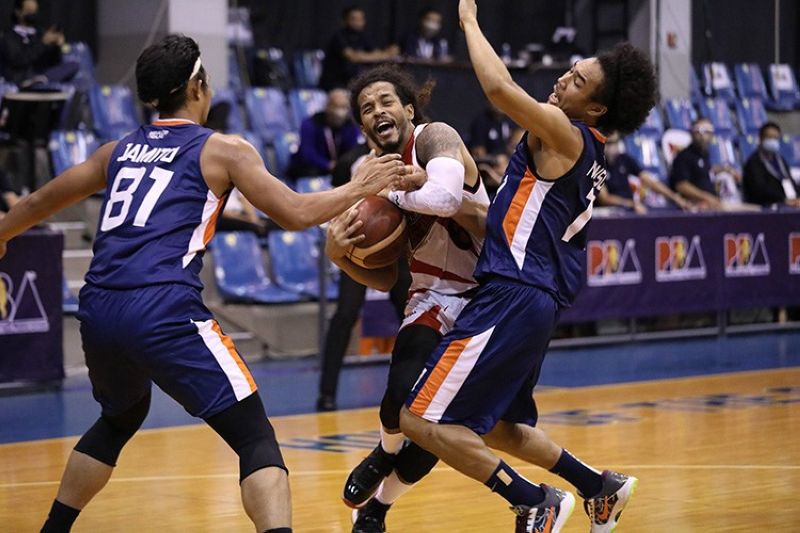 Meralco’s relentlessness and San Miguel’s injury woes proved too much to overcome for the proud Beermen as they saw their five-year reign atop the PBA Philippine Cup come to and end on Sunday night.

Even with a twice-to-beat advantage, San Miguel got beaten a second time, 68-90, to exit the “bubble” on a sour note. The Beermen have been the Philippine Cup’s title bearer in every year since 2014.

San Miguel head coach Leo Austria explained that his team already found themselves in a difficult spot with all the injuries they had. Aside from not having six-time Most Valuable Player winner June Mar Fajardo, the Beermen also lost star guard Terrence Romeo to an injured shoulder early in this tournament.

In addition, veterans Arwind Santos, Chris Ross, Marcio Lassiter and Alex Cabagnot were all hindered by various injuries, which severely hindered their preparations.

“Our players tried their best but it’s hard because in order for us to win games like this, it needs a lot of preparations. And it’s hard for us to prepare because of the injuries to our players,” said Austria during the postgame press conference.

“We wanted to win. But the problem is, how can we win with the kind of situation we’re experiencing,” Austria added.

Still, the veteran mentor was grateful to his team for their efforts that allowed them to finish in the top four heading to the quarterfinal round.

“At least we’re able to survive and make it to the quarterfinals. Unfortunately, we’re not able to take advantage of the twice-to-beat,” shared Austria. “It was a learning experience for us, but it’s hard to remain on top of the world.” (JNP)